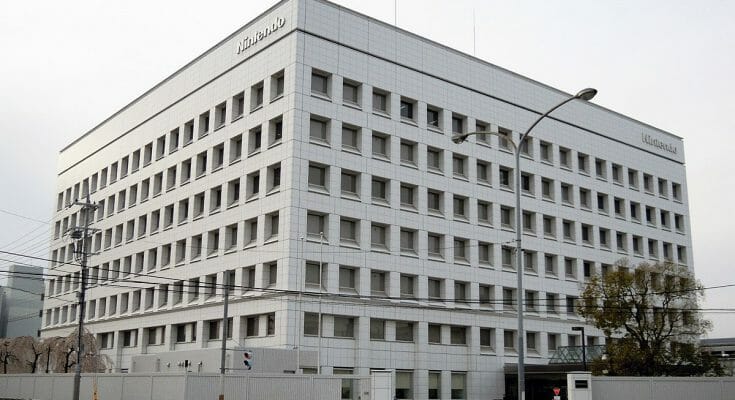 On forums, on social networks, we often find the same comments: “Why is Nintendo doing this, doing that?” “Why don’t they make the sequel to the game I’ve wanted for 15 years?”

And yet from the moment we start to see Nintendo’s decisions from a business, marketing, or even business point of view, everything can be explained. Here are some of the lessons that can be learned. Especially if you are a holder or want to start a business.

1. Make games for everyone

The vast majority of games developed by Nintendo are intended for everyone. No violence, no sensitive subjects, no nudity. Just childish characters reused in many contexts. And that’s important because the generation that grew up with Mario (mine) knows they can buy and recommend Nintendo games for kids and families.

And surprisingly few competitors venture into the toddler game market. I have a hard time finding games to integrate into Split Screen for kids 3 years and older, and 7 years and older.

In the lead, popular cartoon licenses outside Nintendo such as Ratchet & Clank, Crash Bandicoot, Spyro The Dragon, Super Lucky’s Tale, are rather rare, and are very far from the mainstream notoriety of Mario and Pokémon.

On the other hand, there are drawbacks to this. For each production, Nintendo’s developers have to break their heads so that the game they produce appeals to both 6- and 7-year-olds as well as the 45-year-old veteran Mario fan who has played every episode so far.

Not all Mario, Zelda or Pokémon games are created equal. While there is a minimum standard of quality of course among the productions, this does not prevent titles like Super Mario Sunshine, Pokémon White and Black or The Legend of the Zelda Wind Waker from having been decried at the time of their release.

By standards nowadays, of course old titles like Super Mario 64 or Super Mario Sunshine would not be up to the task, in terms of graphics, difficulty, game design …. but it took all its iterations to come up with a masterpiece like Super Mario Odyssey. Same thing for the Zelda series, we do not start from scratch to arrive at a Legend of Zelda: Breath of the Wild. Either we iterate for years on many opus, and internally by designing many prototypes …. or we copy the others as UbiSoft copied Zelda: Breath of the Wild for his Immortals Fenyx Rising. 😀

Many publishers, once they have achieved success with a game, have suddenly started to release a lot of sequels quickly: we think in particular of UbiSoft with these Assassin’s Creed or Activision with the Guitar Hero. This led to a saturation of titles by the public, and sales collapsed as they went along.

Nintendo has a huge chest of franchises and licenses in stock. F-Zero, StarFox, Pilotwings and other Metroids sometimes take more than 10 years to get a sequel or remake. Even when it comes to bringing out the games from the old Nintendo Wii U console on the Nintendo Switch, they come out in dribs and drabs in a mess and with bonuses sometimes.

For years, it was for the manufacturers of computer hardware, computers, consoles to build the most efficient devices. From the Nintendo DS system, the Japanese firm decided that it would not race for armaments with these competitors Sony and Microsoft. So despite the greater performance of the Sony PSP, the Nintendo DS sold better thanks to quality products and marketing aimed at all age groups. After this trial, Nintendo tried the Nintendo Wii. Successful bet again, selling more than 100 million consoles against the excellent consoles Sony Playstation 3, and Microsoft Xbox 360. Nintendo then makes huge profits because the components are outdated, already profitable and known to developers because they are used on the Nintendo GameCube.

While competitors buy Bluetooth components, camera, screens, graphics processors, powerful network cards for their new console models, Nintendo plays the card of simplicity and knows that above all, it is video games, that is to say software that sells the hardware and therefore the consoles.

The biggest current productions are called AAA games. These feature multiple actors, dubbing in multiple languages with many technical effects. This is close to many Hollywood productions with huge budgets. For its part, Nintendo has many silent characters like Mario, Link, Kirby, Samus and Yoshi. They have in the majority of titles only exclamation noises during jumps and attacks. This means that one can easily bring the game to many countries without changing anything. No actors asking for royalties either, or songs that prevent the re-release of the game 10 years later during its remake.

Motion capture is a technical process that allows sensors to be placed on a human being and to integrate his movements into the computer in order to retransmit his animations as faithfully as possible. Also, Nintendo saves with its cartoon-looking characters.

For 8 more Nintendo business lessons, check out the second part of the article here!