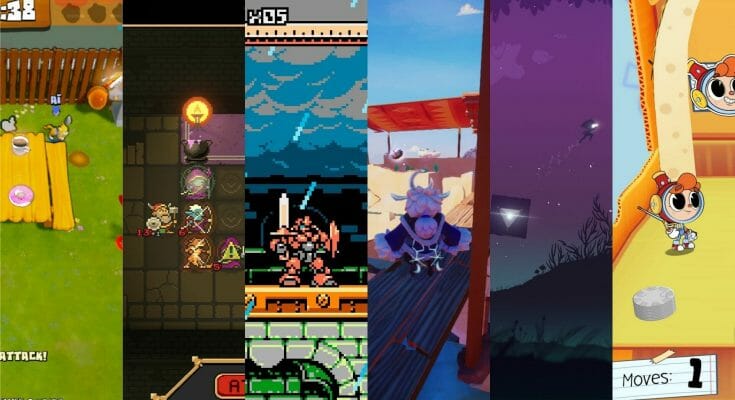 There are several Quebec studios that are full of ideas and creativity when it comes to video game development. What’s a shame is that some of their games go under the radar because of the scale of the media presence of the industry giants. Marc and I have each decided to write a list of underrated Quebec games that are worth playing, proving that Quebec games have their place in the industry. You can read Marc’s article here.

Rainbow Billy: The Curse of the Leviathan

This adventure game was developed by Montreal studio ManaVoid Entertainment. You play as Billy, a citizen of Star Harbor, who begins his adventure by helping prepare for the Star Parade. The end of the parade causes the awakening of leviathan, who is tired of all the citizens of the World of Imagination living in their universe of color and disillusionment. Wanting citizens to be confronted with “reality”, he decides to remove all the colors of the world with the help of a tornado. Billy must then find a way to restore the colors of the world. In his quest, he joins wacky and funny friends. An interesting distinction of this game compared to others of its kind is that Billy does not fight against his opponents: he tries to help them in their hassles to finally become friends with them. This game conveys a message of friendship and sincerity that will remain with you throughout your adventure.

Played solo. You can read here the Shared Screen review on this game: Review: Rainbow Billy and the Curse of Leviathan explained to parents

Available on PC via Steam, Xbox One and Xbox Series X/S, Playstation 4 and Playstation 5, Nintendo Switch

It is a platform game developed by the studio Bishop Games which is located in Quebec City. This game puts you in the shoes of a boy who discovers the enigmatic world of Numbra. What’s going on there? Why is it always dark? Where are the inhabitants of the world? These are questions that you will have answers to when you decide to start this adventure. An old owl named Stryx accompanies you, while telling the story. The boy can summon the Shadow Core, a block that serves as a platform and shield. Light Fall immerses you in an intriguing and mysterious atmosphere. It’s up to you to discover what Numbra hides!

Zorya: The Celestial Sisters was developed by MadLife Entertainment, a Montreal-based studio. This game uses an interesting feature: two players must cooperate in order to achieve the objective of each level. Each player controls each of the goddesses, Aysu, the goddess of the night and Solveig, the goddess of the sun. In the past, the two goddesses worked together to preserve Vyraj’s balance. The inhabitants of Vyraj. Aysu, jealous of the attention Solveig was receiving, decided to drop her role as goddess and leave Vyraj. The departure of the goddess upset Vyraj’s balance, which caused the loss of her powers. Aysu’s goal is to find them, with Solveig lending a hand. Aysu can only walk in the shadows. Solveig must therefore manipulate the sun in order to create shadows on which Aysu will walk in order to complete each of the levels. This game requires communication, reflection and patience, both to succeed in the puzzles and to restore the relationship between the two sisters.

2 players required. A player must own the paid version of the game. The 2nd player can join the game with the free version. It is possible to play cross platform, that is, the 2 players do not have to be on the same platform to play together.

Panzer Paladin, a platform game, was developed by Tribute Games, a Montreal-based studio. It puts you in the shoes of Flame, an android who pilots Grit, a giant robotic armor. The earth is invaded by occult creatures that can only be destroyed with their own weapons. Flame steals the weapons of his enemies in order to use their strength against them. She explores dungeons, fights creatures like goblins and dragons, and handles an array of weapons. Flame will wield swords, spears, clubs, etc. Panzer Paladin is comparable to the Megaman series. However, it has a charm that is quite unique to it. Fun assured for fans of platform games, both veterans and neophytes.

Also available in cartridge format on Nintendo Switch but in very limited edition.

Playable in French and English.

Developed by Montreal-based puzzle box games, The Dungeon Beneath is a strategy game in which you and your team explore dungeons to defeat powerful monsters. Indeed, it offers game mechanics that are particularly similar to those we find in strategy board games. You must use your intellect and perseverance to defeat the enemies in your path. You’ll customize your team and artifacts to maximize your chances of winning. The game offers a variety of fights and combinations that significantly increase the lifespan of it.

Available on PC via Steam

In digital format (download) only. Playable in English only.

Save Your Nuts is a multiplayer arcade sports game in which you and your friends play as squirrels that compete to determine a winner. There are three game modes that require you to collect nuts, steal them from the opposing team, or break opponents’ nuts. The game is even more fun when you play local or online multiplayer with your friends. The game controls are simple, the game modes are interactive, and the computer’s artificial intelligence is solid (for players who play against the computer). It is possible to customize your squirrels with hats, furs and disguises. Save Your Nuts is perfect to add fun to your evenings with family or friends.

1 to 8 players online or local.

A free demo of the game is available on all platforms.

Our Quebec games are worth it!

It’s normal, when we think of our favorite video games, to think of Mario, Sonic, Call of Duty, etc. However, let’s remember that our Quebec studios show as much creativity and ingenuity as the giants of the industry, if not more!