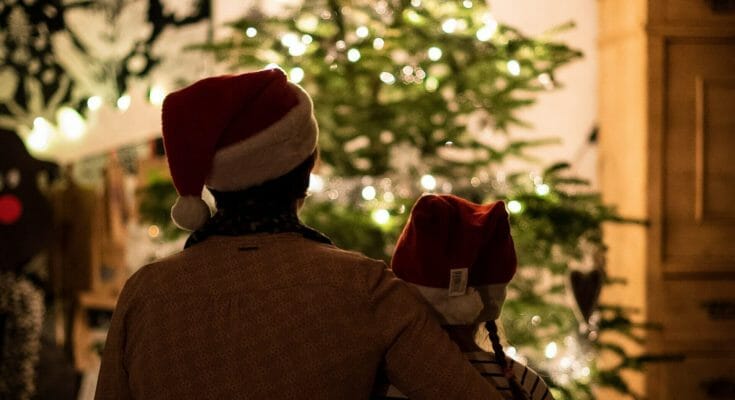 Christmas is fast approaching, but the snow has already arrived. What’s better, when it’s cold, to stay inside and play a good video game with your family! Here are the 6 video games you can play with your family, in the living room, with a single TV and a single console!

Well, sometimes we have to stay inside, but it feels good to be able to move anyway. Nintendo Switch Sports offers to move in front of your screen by playing the following sports:

So Nintendo Switch Sports allows you to move a little when it’s cold and we don’t feel like going outside. Unfortunately, the game does not offer a “Snowball Battle” mode.

These two games essentially follow the same principle: they are board games that are played on the Nintendo Switch. There is a game board, dice, but also mini-games after the turn of the four players.

Be careful: Super Mario Party requires you to play with Joy-Con controllers only. Mario Party Superstars is compatible with any Nintendo Switch controller.

These two games allow you to play with 4 players on the same TV or online.

If you’re not a big fan of the series, there’s no need to own both games. Either does the trick.

Stardew Valley is a role-playing game in which you inherit your grandfather’s farm, which is located in the Stardew Valley. It is in this valley that you will reconnect with nature and your community. This game offers a freedom that is welcome. Indeed, you can decide to raise animals, grow crops, create friendships, explore the mine to defeat the monsters there, and many other activities!

Available on all consoles, mobile devices, and computer (PC and Mac). Playable in single and multiplayer in split screen, or each on their console or PC.

On mobile devices, multiplayer play is not available.

On Nintendo Switch, split-screen mode is limited to 2 players. On other consoles and PC, the mode allows up to 4 players.

In Minecraft, you decide how the world structures itself, what elements go to where, and you invite your friends to play together. Play survival mode that asks you to accumulate resources during the day to protect yourself from zombies after dark. You can also try the creative mode that lets you build what you want, as you please, without any resource limits and without monsters attacking you.

Split-screen mode is available on consoles and PC only.

Super Mario 3D World allows up to 4 players to travel on a new adventure to free the Prixie kingdom from Bowser’s clutches. It is a 3-dimensional platform game, where you can play as Mario, Toad, Peach, Rosalina or Luigi.

Bowser’s Fury is a 3-dimensional platform game (where you have to move the camera while moving) for solo player. We play Mario who tries to calm Bowser’s fury.

So, a Mario platform game that allows you to play 4 players at the same time, on the same TV, it’s always fun!

Control Mario, his friends or enemies and take on everyone in many frenzied karting races in Mario Kart 8 Deluxe. The game is played by up to 4 players on the same television. You can control the characters with the buttons or with motion capture. Two features that allow beginner players to keep pace with more experienced players:

These features are always handy to allow less experienced players to have fun!

You can read our article on the Additional Circuit Pass here.

On behalf of the Split Screen team, we wish you a happy holiday season. We hope to find what you are looking for in this list of games. Personally, I want to play Mario Party Superstars with my family, because the games can be shorter or longer, depending on what we want at the moment.