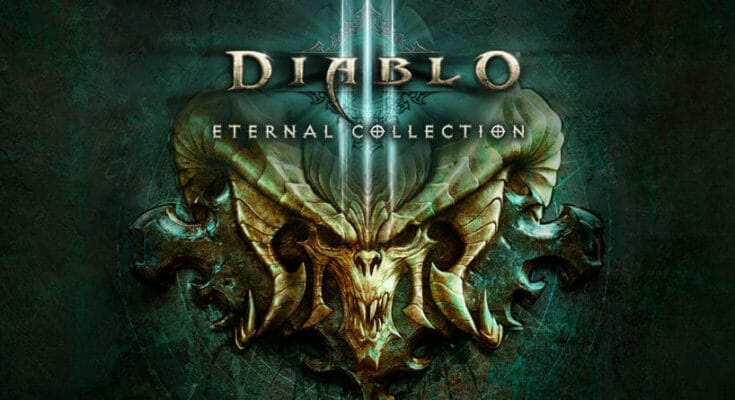 Having arrived more than a decade after Diablo 2, Diablo 3 was released in 2012 on PC. Then it was released in console version on PS3 and Xbox 360 in 2013. For the occasion, the controls were adjusted to the controllers and the ability to cooperate with 4 local players on the same screen was added. The Reaper of Souls expansion was later added to all versions as well as the Necromancer pack, adding a class. Diablo Eternal Collection contains all these additions! This means 7 character classes, 5 acts (chapters of the story containing different environments) and seasons.

The Switch version contains some Nintendo-specific additions such as the famous armor that allows your character to look like Ganondorf, Link’s famous nemesis in the Zelda series. The Eternal Collection is available on PS4 and Xbox One.

This is a very important release for Nintendo because it announces a new collaboration with Blizzard since… Starcraft 64 on Nintendo 64, Blackthorne portages and Rock N Roll Racing on GBA.

It’s honestly a pleasure to see all third-party publishers arrive on Nintendo Switch. Games abound and for once, a Nintendo console is self-sufficient and is not a backup console.

It is a dungeon-crawler whose first episode was released in 1996.

That is, you choose a character class from Mage, Necromancer, Militant, Demon Hunter, Monk, Barbarian or Wizard, and you go on an adventure to explore randomly generated dungeons in a heroic-fantasy universe.

Thanks to your abilities, and equipment that progress during the games, you slice, burn, atomize hundreds of skeletons, bats, chimeras and all the rest of the bestiary, in cemeteries, towers, cathedrals, castles… in short all the ingredients necessary for a good Tolkien story.

The village serves as a focal point in each act, allowing you to refuel, buy new weapons and other armor, and search for your quests.

The lighting effects of your attacks sometimes cover much of the screen, giving rise to fireworks.

Let’s be clear, Diablo is a game made to be played in a loop. You will repeat many times the same environments, with different quests and enemies, and when you finish the story mode, you will have access to the same but more difficult.

And when it’s over, another difficulty mode unlocks.

In my first few hours in the world of Diablo, I encountered very little difficulty in travelling the worlds. I would approach a group of monsters and hold my spell button. The enemies then disappeared under the fire of my attacks. Fortunately we can change difficulties in the middle of the game … in practice it doesn’t make much difference. Enemies have more health and damage points, but they don’t change the motives for attack.

As the hours spent on the game, we realize that there is not much more to do than go to point A, kill the enemies or the boss, go to a point B, kill the local bestiary ….

To play this game, you put your brain next to your sofa and you romp on the monsters after a day’s work. It’s practically like a beat’em all but with experience points and a sense of progression.

All the interest comes from the treasures you will collect and collect on the monsters and on your abilities that will improve as you go.

Grind is the key word in this title. Play to get more and more experience and power.

The console versions have an advantage: you can take 4 controllers and directly play on the same screen, and that’s what I prefer.

Browsing the dungeons and progressing becomes great, until weariness arrives again. The environments are too big, the enemies do not present challenges. We can heal and resuscitate ourselves to infinity. Because of this, there is no longer any issue to pay attention to what we do and that is a shame.

You can of course play online on this Switch version when you pay for the subscription. We can do it with friends or let strangers join us in our games.

Note that during a multiplayer game, you have to reactivate the essential mini-map in the options so as not to get too lost.

In addition, texts from the interface may overlap in full gameplay. You constantly see your goal written at the top left of the screen, but when the third player gets equipment, the descriptions overlap, making it all unreadable.

I was talking about it earlier, we can disguise our character as Ganondorf with these different pieces of armor. Each game costs 50,000 gold to “transmografier” and it takes 6 parts to totally resemble the famous character, so 300,000 gold.

We can also have a Cucco hen following us everywhere, or a Triforce frame to surround his portrait. Basically nothing very extraordinary.

The attraction of the Switch to be able to carry it everywhere is always present, it can be nice to pass the time playing in this capacity. In portable mode, the game switches to 720p, while in “docked” mode it’s 960p. Some visual effects like the Bloom have disappeared compared to the more powerful consoles but it’s really very hard to notice.

The framerate remains very stable constantly, Iron Galaxy, the developers behind this porting, have done a great job.

The other attraction of the Switch is the range of usable controllers:

Another great point is the fact that apart from the initial loading time, all the others are instantaneous. I still remember the PC version that took a long time to load between areas. Here it’s life-changing.

With so many years away from third-party publishers, some Nintendo fans may have missed this series. In this case, this game is for them. You’ll have to be patient to get to the end and take on Diablo.

Expect to grind and get lost in huge and labyrinthine worlds for hundreds of hours.

It’s a good cooperative game but with many flaws making the experience boring.

For those who want greater and faster satisfaction, go your way. Other RPGs, hack and slash, or beat em all, exist on the market and can amuse you more.

Game provided by the editor

Screenshots made directly in the game.

Playable from 1 to 4 players.