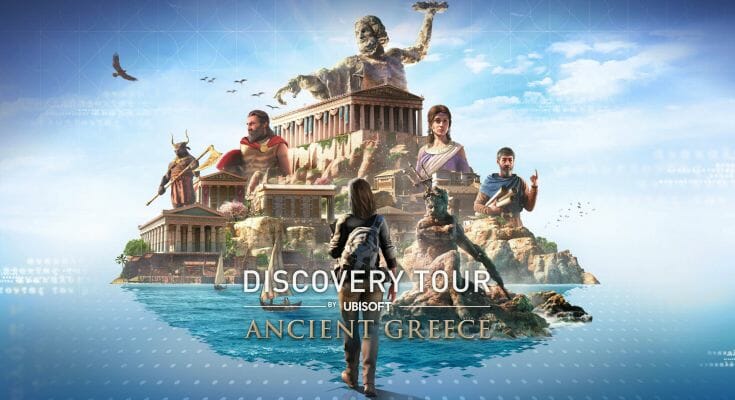 Discovery Tour by Ubisoft: Ancient Greece is an educational game that allows you to explore ancient Greece as in an ordinary 3D game. There is no fight, no assassination to perform. Just guided tours of Greek cities during antiquity. If you have Assassin’s Creed Odyssey, Discovery Tour is included as a game mode. If you only want to buy Discovery Tour, it is only available individually on PC, on the Ubisoft Connect platform.

None, we’re just directing his character in Athens.

Violence is described through still images, a voice and above all text. It’s like a museum.

There are segments that necessarily contain historical and mythological facts, with the violence that goes with it. The beheadings, assassinations are therefore described by text. Other segments describe sexuality without showing anything. And alcohol is also mentioned as wine and its presence in Greek culture.

A great tool to learn and discover ancient Greece in a concrete way.

Discovery Tour by Ubisoft: Ancient Greece is a very good educational game, allowing to show concretely how life was going in ancient Greece. Many historians, educators and teachers use this game as an educational tool.

The work done by Ubisoft on this game is just amazing. For an educational game, the achievement is also remarkable. They reused all their work on the main game (Assassin’s Creed Odyssey) to make it an excellent educational tool.

In case a child plays the game, it is recommended to buy only Discovery Tour by Ubisoft: Ancient Greece on PC.