For a few years now, Twitch, the most popular live streaming platform,has introduced several systems to “gamify” the experience of being a broadcaster on the platform and being a viewer. This platform, which we do not recommend to younger people, uses a variety of systems to keep viewers’ attention. In this article, Split Screen explores these systems in place and how they affect users’ experience on Twitch.

Gamifying something is the idea of turning an activity, such as a task or work, into a game. Several challenges are already on the horizon, saying this: what is a game? What is the advantage of transforming something into a game?

To gamify something, therefore, is to try to add elements of the game to make an activity more motivating to accomplish. An example for Quebecers in the room: when Tim Hortons makes its contest “unfold the ledge to win”, the company adds a game of luck to the non-playful activity of getting coffee. The game of luck that comes with the event allows you to create an additional motivation to buy coffee: you can buy a coffee to play the game.

Nowadays, gamification, taken from the English gamification,is a ubiquitous term. It is used (sometimes excessively) in marketing, software development and everything related to management. It’s a particularly fashionable concept and Twitch is just one example of how it was reused in a product.

One would think that gamification would primarily target Twitch viewers, but that’s not completely true. Users entering the world of streaming have a variety of gamified tools to use, includingachievements.

The first successes are simple: edit your personal page, create titles for the stream,edit the categories of the stream and so on. These “challenges” allow the new user to be rewarded while they learn the platform with the feeling of progressing towards their goal. The technique is part of the typical strategy of “BLAPs”(Badges, Leaderboards, Achievements, Points),a ubiquitous strategy that makes it possible to gamify most activities.

This strategy is particularly relevant on Twitch, since it is an environment where success is difficult to achieve: with 51 or more competitor viewers, you’re in the top 1% of broadcasters on Twitch. In other words: Twitch probably encourages these users to “progress” through success because real success – the eyes of viewers – is exceedingly rare, if not impossible, to achieve.

Gamification also takes the form of “levels”, which give different bonuses. All users start as regular streamers, who do not receive any profit. They can then become Affiliates, remunerated through subscriptions, “cheers” (we will come back to this). The Partners, for their part, may be remunerated for the advertisements broadcast on their channels. Achievements are used to determine which streamers can access these higher levels.

For viewers, the digital giant’s goal is to encourage viewers to stay as long as possible by giving them plenty of microtasks to accomplish. In 2017, Twitch.tv launched a tool to allow viewers to get in-game items by watching certain broadcasts. Another example of gamification would be raiding,where a broadcaster can send its viewers to interact in another broadcast, allowing broadcasters to help each other and create enjoyable micro-events in which viewers can participate.

The gamification of this aspect requires the funding of broadcasters. There are two methods: subscriptions and “bits”. Subscriptions, much like streamerlevels, come in three levels (1, 2 and 3) based on the amount offered each month to the broadcaster. The bits are more interesting to examine: it is a virtual currency (the price is about $ 1 per 100 bits) that can be given to streamers in exchange for rewards. The basic reward of spending bits is being able to use certain emoji in the chat, but other rewards are also available. This allows the broadcaster to codify particular ways of interacting with it: some will allow a person’s message to appear on the screen, others will allow to play specific sounds, etc.

In the same sense, channel points can be accumulated to get rewards as part of the stream. Channel points are collected in several different ways, such as watching a broadcast for a while, subscribing to a subscription, giving bits and so on. In particular, for non-paying users, the best way to get these points is to always keep an eye out to click a button near the total points.

The purpose of bits and channel points is to engage viewers constantly and give them controlled ways to interact with the broadcast. Much like in a video game, viewers can accumulate resources and use them as they wish. Streamers can then tailor the rewards and actions associated with using these resources. On marinemammalrescue’s adorable channel, a semi-constant broadcast of an enclosure in an animal reserve for outres, for example, viewers can bring out educational facts in the chat, receive the privilege of using new emojis or even the opportunity to feed the animals.

Offering a choice of how to use these two types of points is a tangible gamification: we love making decisions as part of a game. By allowing us to make these kinds of decisions, Twitch gives us an additional motivation to stay on the streams.

In cases like here, it is relevant to note that in the end, the addition of these systems only aims to increase the retention of Twitch users.

By adding these elements, such as successes and numerous interactions, the platform seeks to keep us active and give us the illusion that we are more active and efficient than otherwise, when, in the end, Twitch is technically nothing more than a new way of “listening to live TV.” 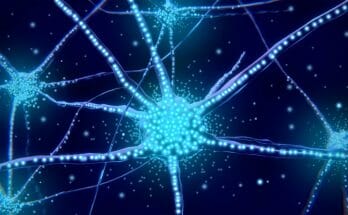 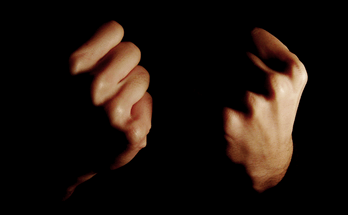 Anger management in video games: to avoid “launching your controller!” 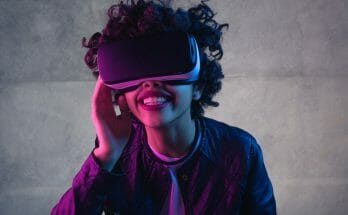 Can we overcome our fears with virtual reality?