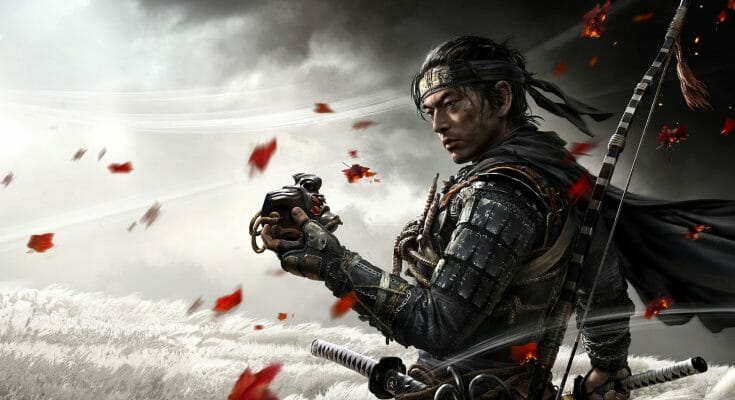 The game takes place in 1274 during the Mongol invasion on the Japanese island of Tsushima. The protagonist, Jin Sakai, leader of the samurai army and accompanied by his uncle will fight at the front. But the Mongols manage to capture and imprison the protagonist’s uncle. Jin will find himself alone to confront the leader before rebuilding an army. Throughout the game, you will make allies that you will need in your rescue mission.

The game is huge. There are many secondary quests to complete once the main quest is complete and the island of Tsushima is very large. The game has a certain spirituality as well. There is not only violence, but also a certain peaceful feeling that can set in, passing the time that we play it more quickly. You can also play the game with a higher level of difficulty once the game is complete.

The game requires a certain skill in order to play it. Especially in slightly more stealthy games, in order to infiltrate enemy bases.

There’s a lot of intense violence in this game. The game takes place in a battleground at the beginning. The game features many scenes with blood spatter and very violent combat scenes, beheadings, dismemberments. Players can also do assassinations by stabbing in the shot, or impaling with a sword.

Some scenes involve very violent sequences such as a soldier who is set on fire and beheaded, citizens who are burned at the butcher’s, or a decapitated head moving towards the screen.

There are no scenes of sex or nudity, only scenes of partial nudity as in a hot spring.

The game is not a horror game, but there may be scenes that surprise or frighten.

There are several language modes in this game. You can choose to play the game in French, English or Japanese. There is also a mode that allows you to play it and looks like the old samurai movies.

Although the level of language is sustained. there are scenes where certain characters exchange vulgarities. So he’s a little rude. The word “sh’t” can be heard in the game.

The game is very spiritual. There are many beautiful things about Japanese culture that you can learn from it and learn from it. The music can be very soothing and it is very common for time to pass more quickly in these types of scene. There are also consequences to the actions you take in the game, giving a certain morality to what you are doing.

You must have at least one level of sustained language to play the game and understand it.

You can buy extra content in the online store, such as armor and points to make your character stronger faster.

You have to have a certain ability to play. There are a lot of commands to remember to do certain actions, especially in combat.

You follow the adventure of Jin Sakai, leader of the samurai army, who tries to free his uncle who was kidnapped following the Mongol invasion on Tsushima Island. You are trying to rebuild your army by creating alliances on the island. You create your legend through the missions and quests you complete, making your character stronger and better in battle.

Each city has several quests that will contribute to your reputation. The missions are multiple and varied and will help rebuild (or destroy) the honor of our hero.

You can also make choices in the game that will either help or tarnish your reputation. This can have an impact on the story and the conclusion you will have of the game.

Just one mode where you go through history. There is no mode where you share the screen. The game requires a certain skill in the field of video games in order to play it. In this mode, you can do the main quest and several side quests, following the adventure of Jin Sakai.

You can play online with a mode called “Legends Mode.” It’s a free extension that allows you to cooperate in modes with two players and four-player modes. In order to play it, you absolutely must have a Playstation Plus subscription.

There are a few expansions to the game, including the online multiplayer mode and the items you buy from the online store.

The multiplayer mode called Legends, allows players to do team missions. You must have a Playstation Plus subscription in order to play it.

The game is very violent. It demonstrates the ravages of war and Mongol invasions. It takes a look at Japanese culture and moves very glued to reality. It is very educational in the historical sense, but not recommended to young audiences.

The game pays attention to detail and is very immersive. Between battles, the island of Tsushima and its many possibilities are open to you.

We recommend this game to all people who are interested in Japanese culture and who are good at fighting and strategy games. It is a game that gives good challenges and allows the player to learn more about Japanese culture.