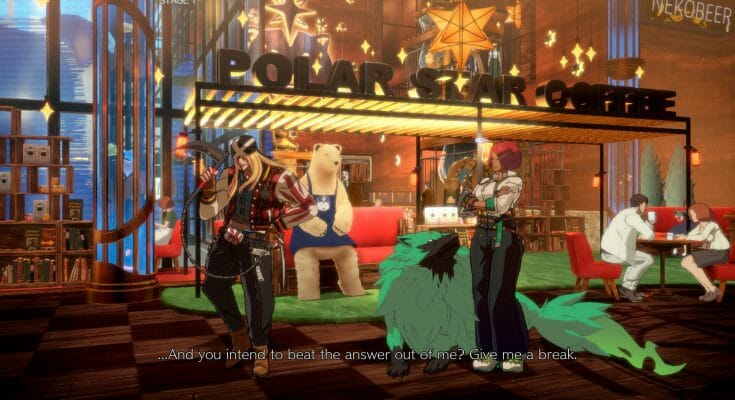 Guilty Gear Strive is filled with information about the characters, the story, the moves to use. There are, however, a few secrets that the developers hid, and that players unearthed shortly after the game’s release.

When you break a wall with your opponent on it, you get a bonus that allows you to momentarily hit harder and increase your tension bar. BUT when you break the wall with a fury, the bonus is even bigger and improved.

When you use a Blue Roman Cancel (i.e. when you do not hit, or do not block. This is done from the neutral position), you can pass through the projectiles. If you combine it with a Dash, just before the Blue Roman Cancel, it will be all the easier to cross your opponent’s projectile.

Potemkin can make his Potemkin Buster with the following manipulation: Back Semicircle, Forward + Punch or otherwise written: 63214, 6 + P. But as in other fighting games, this manipulation can also be performed with a 360 ° ie made a rotation of the directions before pressing Punch.

If you jump and perform Instant Blocks to stop your opponent’s anti-aircraft attacks, you will have a lot of advantage to recover your neutral state and then attack to punish the opponent’s attack.

Faust has a secret fury that is not indicated anywhere: 3 X front quarter circle + Punch when you have 100% voltage bar allows you to make an improved version of his W-W-What Could This Be? . Thus 2 times more projectiles and bizarre objects will appear on the screen and will confuse the opponent in an ocean of chaos!

6) How you start a combo is critical

There are 5 ways to start a combo in Guilty Gear Strive:

Each of the methods differs from the others in terms of possible combos after that. It’s amazing especially in terms of the standing and crouching difference that doesn’t exist in other games.

7) Differences when protecting yourself

Protecting yourself standing or crouching changes the opponent’s recoil. If you protect yourself crouching, you will push the opponent less far than standing. After that depends on your intention and the distance you need. Push your enemy further when you are cornered to the wall can be paramount for example. Combining the standing guard in addition to the Faultless Defense, allows this.

8) When an opponent gets up, he is invincible to projections for a few frames

9) Forward + Punch has an invincibility on the upper body

Already that the movement is very good in all the characters, and is presented by the game as the default anti-aircraft option, it also allows to counter many movements that attack in the upper body.

10) You can’t die of damage in the guard

Unless we have more than a single pixel of life left. If we take a blow that hits several times, of course it may kill because it will destroy the remaining pixel of life.

So do not use a Roman Cancel when it is useless in a combo, or try to ensure that the shock wave does not hit the opponent.

Whether it’s the special screenings of May, Sol, Potemkin… made with a control like 623 + K or 63214.6 + P, they have an invulnerability to ordinary projections made with Forward + Dust or Back + Dust. When 2 command projections are made at the same time, they all missed their target 2.

13) Faultless Defense allows you to repel but also to miss combos.

In Training mode, if you press Record to enter Recording Standby, you can switch between the different recording locations using the button that you mapped to Play. It is even possible to record several sequences of the dummy opponent in training, and then to play them randomly.