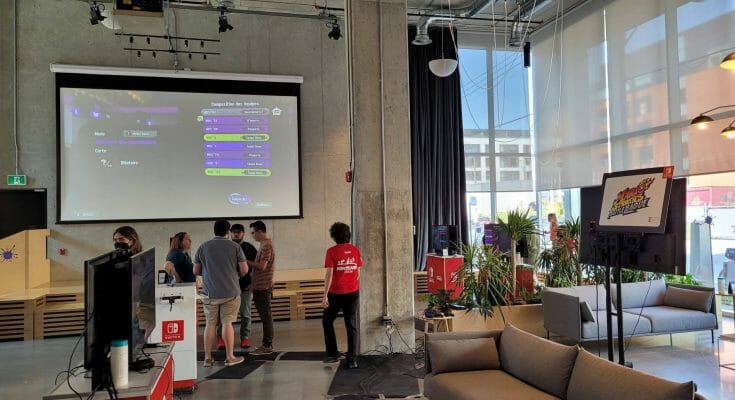 On September 10, 2022, Nintendo of Canada invited us to an event in Montreal, Canada to discover or rediscover the Nintendo games released this year and scheduled for the end of the year. This took place in Fabrik8, the trendy place at the moment to organize events.

This was an opportunity for guests to play the following Nintendo games:

Naturally Splatoon 3 had just been released and so for the occasion, 8 Nintendo Switch had been installed on a local network. Nintendo ambassadors and guests sprinkled virtual ink in the game in wild games.

Note that you could pose in front of an image of Pokémon Scarlet / Purple, but the game was not available for testing.

And here is the photo gallery:

To represent its brand, Nintendo invited Maïka Desnoyers and Étienne Boulay, 2 Quebec serial entrepreneurs who are in a relationship, and their children, to talk about games adapted for the family.

You can find our interviews with them in the respective links just above.

Many thanks to Nintendo of Canada for the organization and invitation.

All photos and videos were taken by Marc Shakour for Shared Screen.