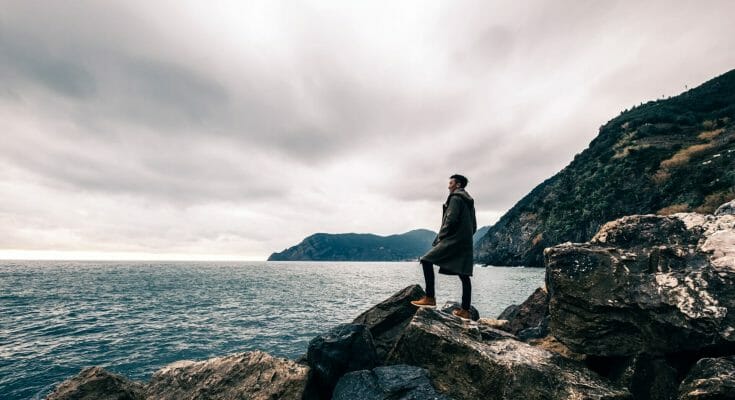 After years of observing the industry, we often find the same motives among those who create video game companies, they have a great ambition. Creating a video game is a very complicated process, requiring many trades and expertise, and a lot of money to finance the many trials and errors, which the team will inevitably do. Nothing is on at the beginning of the development of a game, how it will play, what it will look like. Thus, many are aiming for the Moon and are unable to take off.

Here are some examples of great ambition and perhaps some food for thought:

In 2003 in Japan when the famous creator Tetsuya Mizuguchi (Rez, Space Channel 5) left SEGA, to found Q Entertainment, he received a very good advice from one of these collaborators: “First make small games to be able to finance the big game you want to make.”

Fortunately, he followed this advice to the letter and created the games Meteos (2005) for the Nintendo DS and Lumines (2004) for the Sony PSP system.

The success of each of them will allow him to then finance the game he had in mind N3: Ninety Nine Nights (2006). While Meteos and Lumines continues to make money for the company, N3 is not going to sell enough. In the event that the company had bet everything on this game, it would have put it in difficulty, but fortunately this was not the case.

When mega Man co-creator Keiji Inafune left Capcom in 2010, he founded his own company: Comcept.

Thus, he who wanted to do something other than Mega Man games at Capcom, began to work on a clone of the same game. He launched a crowdfunding campaign on Kickstarter in order to be funded by fans of these previous projects. This is how the Mighty No.9 project is financed in a very short time for 3.8 million US dollars. Keiji Inafune and his team are then euphoric and begin to imagine all that they will be able to do with this money. Thus, they start multiple projects of porting the future game on all machines, promise a cartoon featuring the new protagonist, …

Comcept is even starting to imagine a second game for which it asks for crowdfunding!

Keiji and his team make many promises to those who have funded even though they have to work on the promised game.

The rest we have known: The game originally planned suffered from many development problems. All other projects and promises are being cancelled little by little. The game eventually comes out but it is very bad and turns out to be a critical and commercial failure.

Comcept closes. Keiji and his team find work in other companies.

When Patrice Désilets left UbiSoft for the second time (his employer at the time, THQ, was bought by UbiSoft), he founded the video game studio: Panache Digital Games (2014) with some of his former colleagues. Indeed, when you work on many prestigious franchises such as Assassin’s Creed or Prince of Persia in large studios, you have in your address book very qualified people. This is how Patrice Désilets and his team embarked directly on the creation of a AAA game. That is to say a big budget game: Ancestors The Humankind Odyssey, a game that required 5 years of development.

When the game was released, it was unfortunately greeted by average reviews.

Similar story for Jade Raymond, who after going through the video game studios Ubisoft, EA, Google Stadia, founded her studio Haven funded by Sony Interactive Entertainment. If we are not sure at the moment that the first game of Haven will be a AAA game, we can imagine that Sony has funded the studio of the veteran of Assassin’s Creed, Splinter Cell, or Watch Dogs for its expertise on high-budget games. It is indeed a desire of Sony to focus on this type of games lately to convince buyers to get a Playstation 5.

We know that the first game of Haven will be a new franchise in any case.

Other victims of the closure of game development studios for Google Stadia include Alex Hutchinson and Reid Schneider who formed their Racoon Logic studio with money from Tencent’s Chinese.

They take over the old AAA game they were working on at Google.

And finally, Reflector Entertainment was founded in 2013 that works on iterations of their AAA game, named Unknown 9 Awakening since that time. Fortunately their work convinced the company Bandai Namco who bought the studio in 2020. This is a single game in more than 7 years of which we just saw a trailer.

It is already a big risk to start a business. It’s even riskier to start a game that will cost tens of millions of dollars to produce. It’s as if someone who leaves a film production studio starts starting his own and aiming for the production of a blockbuster film that costs as much as a Marvel Cinematic Universe film.

I understand that when you are known for a game like Assassin’s Creed, you want to impress everyone with your new game that you produced “all alone”, without the big studio that fired you or left, but it’s not a question of revenge. It is a matter of managing the scope of a project reasonably. It’s making smaller projects, starting franchises perhaps more modestly than directly targeting something “transmedia” (a franchise present on several media such as movies, games, toys, cartoons).

Also, being a creative director, game designer, or producer doesn’t mean being a good studio director. These are completely different professions. Even relationships with colleagues are different.

The story features many stories of people with similar fates. While I obviously wish them all great success, I can’t help but sometimes find their ambition excessive, hence the reason for my article.