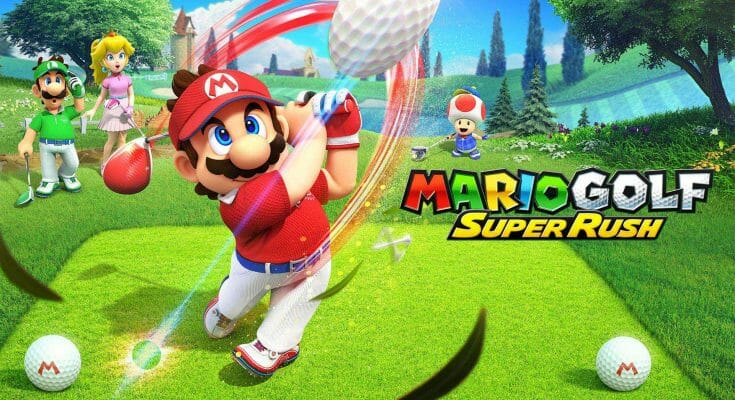 In Mario Golf: Super Rush, play golf games with characters from Mario’s universe. Play with or without superpowers, in many game modes, alone or in doubles, with the buttons of the controller or by moving a joy-con.

Infinite game, as long as there are competitors locally or online.

Sometimes the tennis ball touches one of the characters, in this case the one, the one frowns and the match is interrupted. That’s all, nothing more.

Requires time to learn and train.
Each player will have to go through the tutorial in story mode to understand what is going on.

Play as one of the characters in Mario’s universe and play against the computer or against human opponents in golf. You can choose to play with or without the superpowers. Some golf courses also have peculiarities such as alternative rules of play.