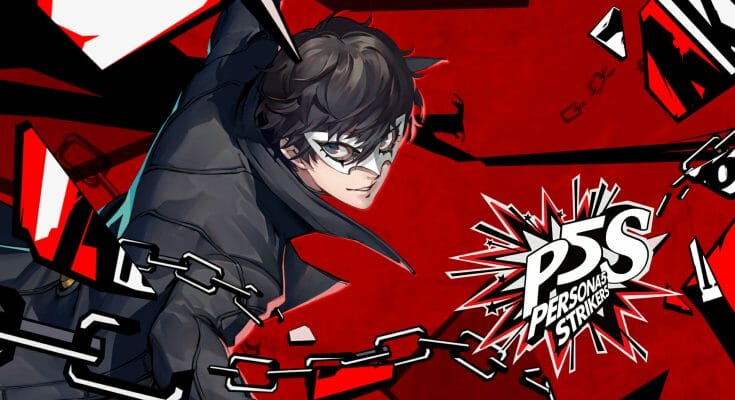 Available since February 23, 2021 on Playstation 4, Nintendo Switch and Steam PC

Persona 5 is a role-playing game and is not the sequel to anything.

Persona 5 Royal is a role-playing game, it is an improved version of Persona 5 and is not the sequel to anything.

Either you play Persona 5 or Persona 5 Royal, it’s the same game.

Persona 5 Strikers is the sequel to Persona 5 (or Royal therefore), and is surprisingly a progression fighting game. However, even if it is a sequel, it is not necessary to have played the 105 hours of history of Persona 5. We can do very well and understand what is happening without it.

Be careful even if Persona 5 Strikers has a cartoon appearance, it is a game reserved for adults. It addresses many themes such as violence, sexuality, mental health.

Instead of performing turn-based combat and customizing all your equipment and characters to the extreme, you perform real-time battles or you face hundreds of enemies simultaneously with your 4 characters of your choice.

You can change characters at any time during battles, and even during exploration phases. The characters are those of the end of the adventure of Persona 5. So the team is quite large, and they are constantly talking in teams of 10 people. For each decision, the 10 friends will be procrastinating. And when the game gives the “floor” to the player, it is to give a choice between two or three answers that do not change anything to the rest of the conversation.

I want to like Persona 5 and Persona 5 Strikers, the problem is that I’ve already played Persona 4 Golden, and even though I loved this game and it’s a different story… the scheme and game mechanics are strictly identical in Persona 5.

And in Persona 5 Strikers (just like in P5) everything is stretched in length, the dialogues (dubbed in Japanese or English fortunately), the exploration phases, the combat phases and the dungeons.

The dungeons last 3 hours each, it is a question of going back and forth in all directions because you have to look for this or that object or key. The dungeon environments are neither pleasant nor beautiful. You have to face each enemy about twenty times, each room is filled with enemies.

It’s very repetitive and uninteresting, and it saddens me because the characters are great, the art direction of all these games is fabulous, the combat system is decent. It’s really a mess. In a pinch, in small doses, in portable mode on the Switch, it may be tolerable, but doing a marathon of this game in order to finish it, you will disgust yourself.