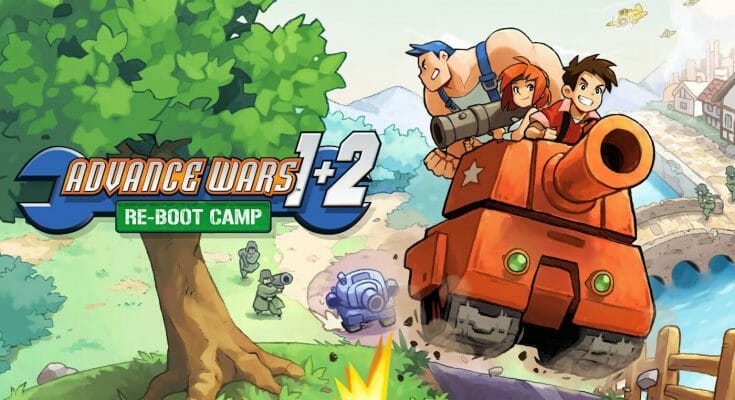 Advance Wars 1+2 Reboot Camp is a turn-based strategy game. It takes the two games released on the Game Boy Advance console in 2001 and 2003 respectively, and puts them back to the taste of the day for the Nintendo Switch. This is a compilation of two excellent games where the goal is to defeat enemy armies by waging war.

The difficulty progresses as the missions progress. Some missions will be very elaborate and will require a lot of time.

It’s war, so soldiers, tanks, bazookas, planes shoot at each other. But we don’t see any drop of blood, no dead characters. The tanks explode, and the soldiers fly away and come out of the screen when they are eliminated, dead.

Language of war but sanitized. Provocations between the different protoganists of the “You’re going to lose!” “Oh no, I have to entrench myself.” But nothing terrible.

Encourages taking your time and focusing on strategizing. The different multiplayer modes can be used to cooperate or compete. It is still the theme of war, even if it is in cartoon format.

Requires knowing how to read for years to understand the multiple instructions.

No reflex necessary! Nothing is done in limited time! Everything is in turn. Players make decisions by giving orders to units.