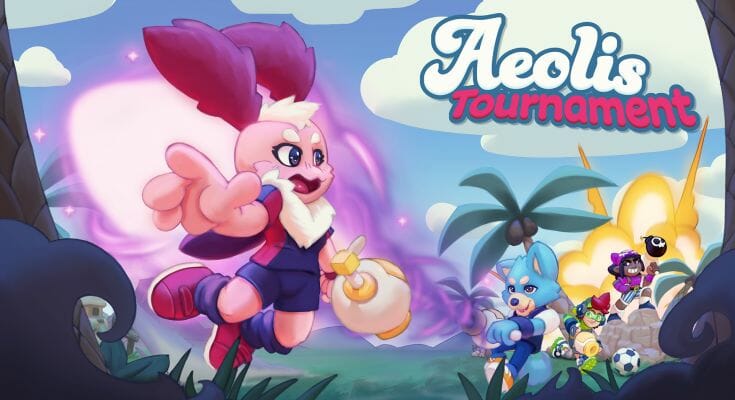 Use the power of the wind to compete in various Storm Championship games in this charming, chaotic 8-player action game.

Aeolis Tournament is a 3D action game in which up to 8 players compete in various game modes based on a simple one-button mechanic. The characters use an air cannon to control the power of the wind and affect their surroundings. It features physics-based gameplay, tournament mode, and local and online multiplayer play.

Several difficulty modes for all levels

Very little text, only the options contain it.

Very simple: Move around and use the air cannon.