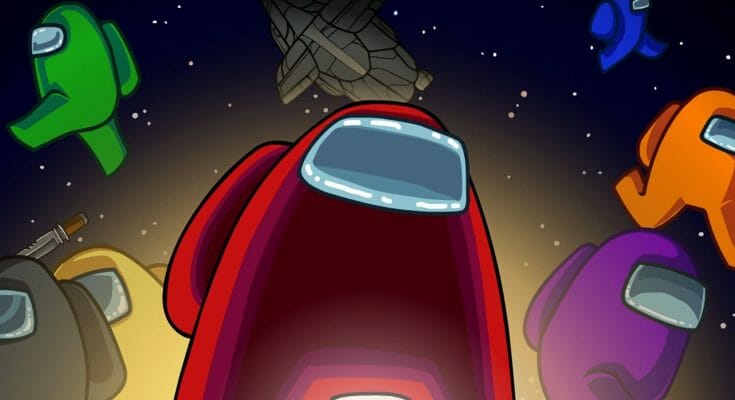 Among Us offers you to embark on a space adventure with a spaceship with your friends. To achieve your goals, the vessel will have to be maintained to ensure its operation. But there is a problem, there is an impostor among your group who sabotages and murders your friends…. it will have to be unmasked for everything to be in order.

Infinite as long as playing with friends, it’s a lot of fun.

The difficulty comes from human adversaries and your ability to believe or lie.

When the impostor (randomly chosen at each of the players), murders another character, there is a small animation that shows an alien killing another for a few seconds. It’s nothing serious, but maybe it can scare a toddler.

It depends on the human adversaries.

A lot of betrayals, suspicions during games, because we do not know which of our friends is the impostor, but in the end everyone knows that it is a game.

It is necessary to know how to read the few menus.

It is possible to buy costumes for his little character for real money. It’s totally optional though.

Between 4 and 10 players end up in a spaceship. Between 1 and 3 of them are randomly elected Impostor at each party. They must hide this information from other players and prevent them from carrying out their tasks, by secretly murdering them, sabotaging the ship, pretending to be a teammate.

Teammates must cooperate to perform tasks in the ship and eliminate the impostor.

With each suspicious behavior or every body of an uncovered player, the rest of the players alive are allowed to chat with each other and vote for the person they think is the impostor. Of course this can lead to mistakes and to vote for someone innocent. All the fun of the game lies in people’s ability to create an alibi, to be credible, to unmask lies or to be as discreet as possible.

There is a mode to train and discover the different levels available. There is also a mode to play with other people locally. In any case, you always need one player per screen, whether it’s console, PC, or mobile.

They require an Xbox Live Gold or Xbox Game Pass Ultimate subscription when playing on an Xbox console.

The online game is free on PCs and smart phones.

You can either play against strangers or against friends.

The game is free on smartphone. Please, you can then get a console or PC version to play on the big screen. This is a very well designed game, recommended for all. There is no reflex required. The hardest part is coordinating with at least 3 other people to play a game.