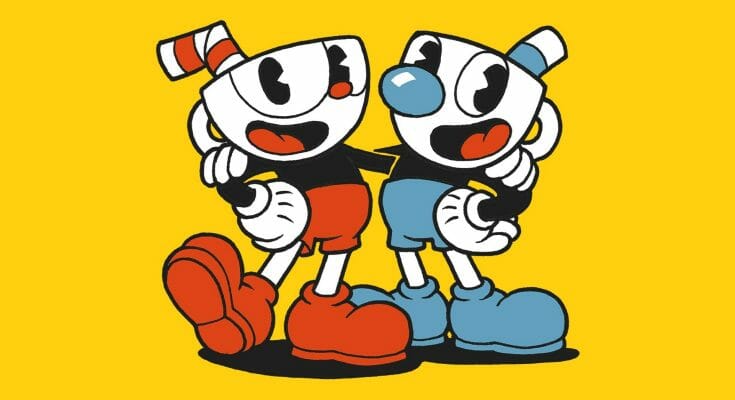 Cuphead is a platform and shooter in which players take on the role of the Cuphead and Mugman brothers as they must defeat their opponents in order to return their souls to the devil.

In addition to its neat graphics reminiscent of the cartoons of the 30s, Cuphead is best known for its legendary difficulty.

It’s almost impossible for you to beat a boss the first time, unless you’re a great player. It will be necessary to try again several times and learn the different attacks of the enemies to hope to triumph.

Gambling is not unfair; by dint of practice, any enemy can be defeated. But it is likely that you will need a lot of practice and patience.

The violence is very cartoonish, and even if the themes that are explored may seem scary (we face the devil, not to mention ghosts and some other enemies of the same ilk), they still have a funny look.

The vocabulary used can sometimes be out of the ordinary, but in general, the level of reading required is very accessible for a child who does not have great reading difficulties. The game is not vulgar.

You confront the enemies in order to steal their souls and return them to the devil and avoid having yours stolen. This is not very heroic behavior. But before the end of the game (spoiler), you will turn against your employer and bring justice.

The game is quite accessible to those with a basic reading level, and the text is optional enough to progress through the adventure anyway.

There’s downloadable content (titled The Delicious Last Course) for players who want even more, but the base title already offers generous content for the asking price, and that extra content is really a bonus, and isn’t essential.

As mentioned earlier, Cuphead is a very difficult game. You will have to be very skilled at the controller, and have faster reflexes than lightning to overcome the challenges offered by the game. It’s not uncommon to have to press one combination of buttons at a time. It is possible to adapt the controls to our liking, but it is not a game that we would recommend to a player living with motor difficulties and who is not used to difficult action games.

Cuphead is a game that combines platformer and shooting, in a 2D environment. The game comes in three types of levels.

First there are the platform levels, which require us to go to the end of the level avoiding the projectiles of the enemies and the various traps. We also find in these levels more or less hidden pieces that allow us to buy new skills for our characters.

The second type of levels, the most common, consists of clashes against gigantic bosses. It is necessary to strafe them while avoiding their attacks. Bosses have several forms, usually more and more threatening. We can start again as many times as we want, and after each defeat, a bar tells us how close we were to defeating our opponent.

Finally, bonus levels ensure that we truly master the talents of our characters. For example, it will be necessary to defeat ghosts only by bouncing on them at the right time.

Inspired by the cartoons of the 30s:

Cuphead stands out for its unique visual style. The game was entirely hand-drawn in a style reminiscent of the early animated films of Mickey Mouse and Felix the Cat. It is a real cartoon that we control, a titanic project on the part of the developers of the MDHR studio.

The music accentuates this style, with ragtime piano tunes.

Players can play solo, or complete the game with a friend in simultaneous co-op.

Released just recently, this expansion leads us to explore a new island to help the ghost of Miss Chalice (yes, Quebec parents will probably have to explain this name to their children).

There are a handful of additional levels, and we are also offered the opportunity to play as Miss Chalice, who has different skills than Cuphead and Mugman; she can perform a double jump and slide to the ground.

The expansion is not necessary, and you have to complete a few levels of the base game to have access to these new levels. It’s probably best to wait until your child has completed the basic game before seeing if they’re hungry for more levels.

Cuphead is an exceptional game, but one that is not likely to please everyone. Visually, the game is absolutely sublime; even though the game was developed by a small team, its presentation is rarely matched, even by games with huge budgets.

But Cuphead is also very, very difficult. The author of these lines has a lot of experience in video games and the habit of playing games deemed difficult, but even for us Cuphead is a difficult game. This is not an unfair game; all attacks are preventable. But it will take patience to learn the attacks of enemies, then develop our reflexes to succeed in avoiding them.

So you need to know if your child is the type to apply and be patient, or if he quickly becomes frustrated by the difficulty. If he is part of the second group, Cuphead is probably a game to avoid; even the very first levels of the game will require a good dose of perseverance.

That being said, Cuphead knows how to reward those who hang on; all the bosses are unique, memorable, and the experience is constantly renewed by new attacks and new mechanics to which the player must adapt.

If your child loves the Cuphead universe but can’t overcome the high difficulty of the game, maybe they’ll prefer the Cuphead animated series, available on Netflix.

To learn even more, you can read Martin Brisebois’ review, also published on our website.

Fans of 2D shooters will be delighted by Neon Abyss. In this game, you have to explore the Greek hells, rethought here as ruins lit by flashy neon lights. With each exploration, the plane of the abyss changes, as well as the bonuses found there.

It should be noted, however, that this game involves more blood and violence, and that it is therefore to be reserved for teenagers.