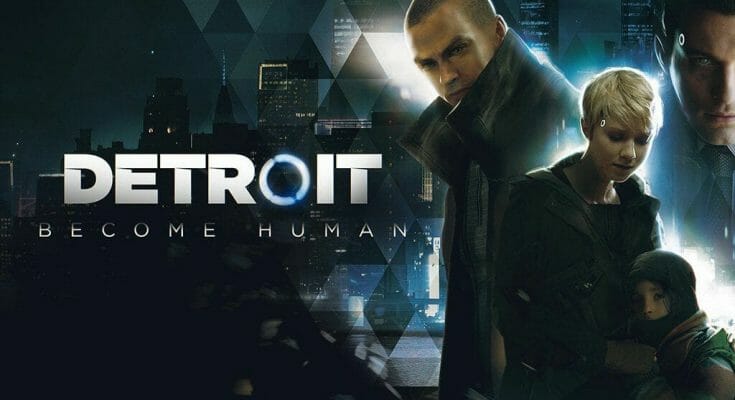 In a dystopian future where androids take precedent place, play as three androids: Connor, Kara and Markus. In Detroit Become Human, you have to find the mysteries in which Detroit androids are immersed: are they aware? In this tragic story, you will face many choices that will transform the end of your story.

The game has various purposes and requires very good skills with a controller in order to get through the various events. It is therefore not recommended for young players who are not used to handling a controller, in addition to touching certain sensitive subjects. However, it is recommended for intermediate players aged 16 and over.

The game requires making choices and having good reflects. It is also an investigative game with several purposes.

There is blood, intense violence, partial nudity, sexual themes, raw language and drug use and mention. There are scenes of torture towards androids, there is the use of firearms and very graphic references of various subjects in this game. There are crime investigation scenes and scenes of domestic violence. There is sexual content as well. Although the game takes a great look at the violence against androids, it focuses on the treatment of creatures that look a lot like human beings.

This game tackles many important themes to date. He talks in a way about racism, discrimination and how machines play an important role in our lives.

Requires reading for years. There is a lot of text and there are choices with a limited time to make.

It is possible to buy the Deluxe version, which contains the game Heavy Rain, the digital art book, the music of the game, the wallpapers on the Playstation 4, and the PSN avatars.

Requires time to learn and train, because there is a limited time to take certain actions and sometimes you have to have good reflexes.

In the year 2038, Detroit is a prosperous city that seems to be moving forward, but hides very important problems.

You play as three androids: Connor, Kara and Markus. These are three key characters in a revolution that will forever change the face of Detroit. In this dystopian future, you will face choices that will affect the conclusion of the game.

Connor is an android who has the mission to investigate the reasons surrounding the defect developed in various androids. He will face many moral choices as a detective. He will be accompanied by a human who will help him solve this case.

He will meet in his path, Kara, a domestic android who must take care of the house and Todd’s daughter. After an excess of violence, Kara flees with the little girl and tries to find refuge for androids.

Markus is a domestic android who takes care of Carl, a wealthy retired artist who has a turbulent son who wreaks havoc when he can’t get money to steal drugs. The lives of the three androides are quickly turned upside down by a series of tragic events.

This game is played alone.

The game can be replayed several times and in different ways. He talks about tragic ethical subjects and has a rich history of emotion. Be careful! A single mistake can lead to a fatal end…

More information about the game: Official page of the game on the quantic Dream website