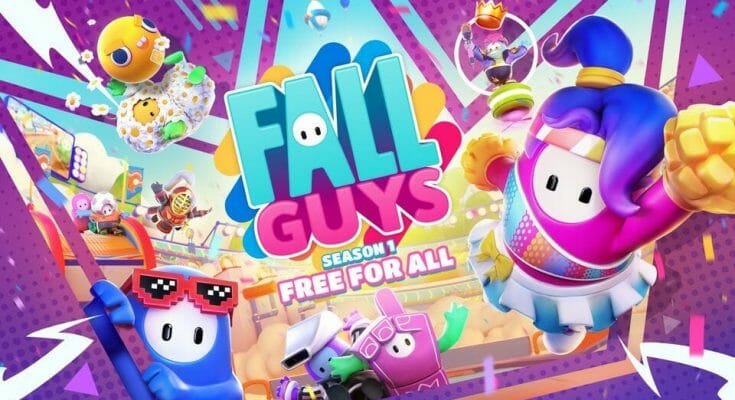 Fall Guys is a battle royale game in which you go through levels one after the other trying to be the last one standing. To win, you have to avoid obstacles, jump over the ravines and reach the goal.

This game was released a few years ago, but it gained popularity by the time it became free-to-play in late June 2022. Players who have purchased the game in the past are entitled to additional items when the game is opened.

Who among the 60 players will win the game? It may be you!

Possible Configurations of the Nintendo Switch:

The levels are easy to navigate. The obstacles are big and visible. It’s easy to get good at this game. There are a lot of new players who have started playing Fall Guys since it became free-to-play, so the player doesn’t have to compete against experienced players.

The characters, who look like jelly beans, can push others into a precipice, but in itself, it’s quite comical. The game takes place in a universe resembling cartoons.

No problem. However, when playing online games with friends, they can not control what others say.

The atmosphere of the game is very lively and jovial. Players are not penalized when they are eliminated, and they can quickly return to a new game.

Must know how to read for a few years to navigate through the menus, but the parts in themselves do not require any reading.

The player is constantly asked to buy downloadable content, that is, costumes for his character. All these items are cosmetic, they do not allow the player to be better at the game. If the player plays without any purchase, his character will have a very dull appearance compared to other players who have decided to shell out money. This then motivates the player to spend in order to have a character that is much more aesthetic and attractive.

The costumes that can be purchased may not improve the player’s performance, it is only cosmetic.

We also wrote an article about the Battle Pass of the fortnite game which is exactly the same principle as the Season Pass of the game Fall Guys. You can read this article here.

When buying items, there is no confirmation prompt, so if you click on the purchase button by mistake, the transaction is made automatically if a credit card is tied to the account. It is not possible to get a refund on purchases.

Fall Guys is a game in which players try to survive each round in order to move on to the next round. The game, called “show”, ends when there is only one player left on the game. Each round has its level in which there are ravines and obstacles that the player must avoid. If the player falls into the ravine, he returns to the game. There is a maximum number of players who can get to the objective. It must therefore be reached as quickly as possible. If the maximum is reached and you are not part of it, you are eliminated from the “show”.

The game focuses on acquiring costumes in order to customize his character. By purchasing the Season Pass, the player unlocks costumes as he progresses through the rounds. The more rounds the player succeeds in the same game, the more costumes he unlocks. When he passes rounds, he gains levels, all of which are associated with particular rewards (costumes and money from the game, in particular).

We buy costumes with Émissous (the money of the game). You earn Émissous with the Season Pass or by buying them directly in the game store.

There are 2 levels to the Season Pass :

We remind you that costumes have a cosmetic value only, they do not improve the performance of the player.

There is no need for a subscription to the online console game to play it. The game is free to download and play on all consoles and computers.

When you play with your friends in a “show” and you have a microphone connected, you can communicate with them. Voice chat is disabled by default. If a player adds someone to their friends list and decides to play a game with them, the player will be able to talk to them verbally.

Fall Guys will offer several hours of fun play with friends, especially since it is free-to-play. It is possible to play it with friends playing on different platforms, which will certainly add fun to the game. However, we must take into account the aggressive monetization of the game: it is not necessary to pay a single dollar in order to have fun in the game or to be successful.