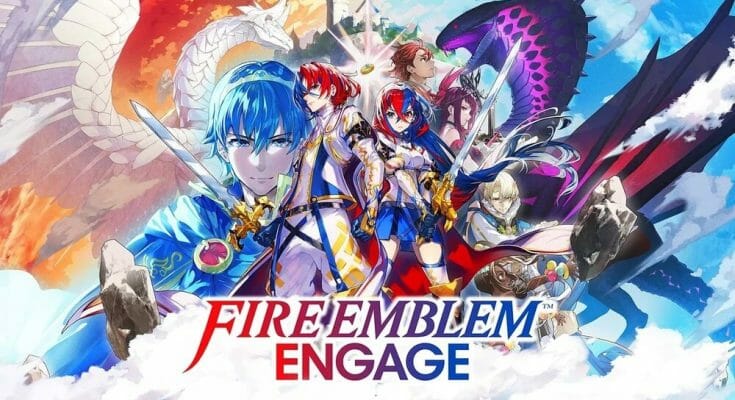 Fire Emblem Engage is a turn-based tactical strategy game. Summon classic characters from the Fire Emblem series and recruit them to your team. Fight to protect the four kingdoms of the fallen Dragon and preserve the peace of the continent of Elyos.

Our full review is available here.

Many fights between the main characters and hordes of monsters. Characters may get hurt, appear tired, or die. Effects of fire, ice, electricity and wind in some attacks. Some characters have quite a scary appearance.

To come. Games in the Fire Emblem series usually offer the following features:

The game uses a turn-based system. There are no button combinations to press at the same time, and the player can take all his time to enter the controls. However, the game sequences between fights require walking in an environment where you have to control the camera. Having to orient the camera with the right stick constantly can confuse people who are not used to 3D games.

All the language of combat, destruction, provocation, friendship, courage.

For now, the game is paid for acquisition, but the publisher is used to offering multiple extensions (DLC) to its games after release.

You participate in bird’s-eye view battles in which you decide what actions to perform for each of the characters, one at a time. You start with a dozen characters in your team. As you progress through the game, you get new ones. You can focus on battles that advance the main story, but you can also do optional fights that give certain bonuses (money, rare items, etc.).

To come. At the moment, the only game mode announced is the main story.

More information about the game: Official page of the game on nintendo’s website