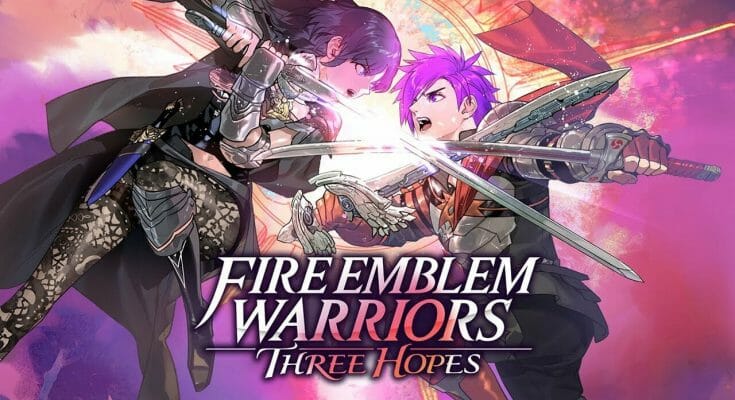 In Fire Emblem Warriors: Three Hopes, play as the character from the Fire Emblem: Three Houses universe of your choice and take on hordes of enemies and monsters in many levels.

Easy, normal and difficult difficulty levels are available. Possible to change the mode at any time of the game in the menu.

There are also 2 styles of play: progressive play and fast and effective play. Progressive play allows you to take more time to study information such as level change statistics, mission briefings, and contextual guides in combat. The fast and efficient game decreases the frequency of appearance of this information in order to have a more combat-centric game.

These options are presented when creating a game.

Many fights between the main characters and hordes of monsters. Characters may get hurt, appear tired, or die. Effects of fire, ice, electricity and winds in some attacks.

All the language of combat, destruction, provocation, friendship, courage. Some references to alcohol consumption are present in some dialogues.

For now, the game is paid for on acquisition, but the publisher is used to offering multiple expansions (DLC) to its games after release.

Easy to play. We direct the character, and we hit by pressing the buttons several times.
However, having to steer the camera with the right stick constantly, can confuse people not accustomed to 3D games.

Those who have played Hyrule Warriors Age of Calamity will find that the controls are almost identical to those of Fire Emblem Warriors Three Hopes.

Find the whole universe of “Fire Emblem: Three Houses” in this game that explains the beginning of the story. For a game focused on combat, it offers a very rich story.

It’s about fighting enemies and following the on-screen instructions. It’s a good release with a very neat art direction, taking over the graphics, characters and enemies of “Fire Emblem: Three Houses”.

The player takes on the role of Shez, who will have to make a choice as to which faction he joins: the Golden Deer, the Jet Eagles, or the Sapphire Lions. Each faction offers different characters to control. Other characters can be recruited during the game. The player may need a team of about 10 characters.

Between each level, the player returns to the base camp where he can practice, talk to other characters, buy weapons, etc.

There is a cooperative game mode that divides the screen into two, for both players.

It can be turned on or off at will at any time on the map during the main story. You can accompany your child and guide them through the levels.

The 2-player mode is available only from Chapter 4. The mode unlocks after about 2 hours of gameplay, once all tutorials are completed. It is possible to replay the tutorials only by creating a new game.

The original game, Fire Emblem Three Houses, introduced us to a protagonist who is now taking on the role of antagonist in Fire Emblem Warriors Three Hopes. So this game presents us with a different point of view than in the original game, which is interesting for those who played and enjoyed Fire Emblem Three Houses. However, those who have not played it will see themselves a little lost, because the story of Fire Emblem Warriors Three Hopes advances very quickly. Many characters are put forward without being adequately presented, and many events seem to take place without us really understanding what is happening. However, the game retains its freestanding ability.

The game is quite repetitive: you will fight against the same enemies over and over again. There’s also plenty of action on the screen, which might be dizzying for some. Indeed, there are dozens of enemies on the screen, in addition to characters who carry out their attacks that have quite flashy visual effects.

The game requires giving orders to his comrades through the pause menu. You have to give orders often, which breaks the rhythm of the game. The player must always have an eye on the map in order to get an idea of what is happening on the battlefield. These elements could discourage some players who prefer to focus on combat.

The game has several mechanics, but it is not necessary to understand them all to appreciate it. The mechanics are presented gradually, but you have to be patient: it will certainly be necessary to read the tutorials in the menus from time to time in order to master everything. However, we do not recommend the game to neophytes precisely because of the many mechanics to understand. Indeed, it can be mixing even for veterans.

Although the main goal of the game is to fight against armies, there is an emphasis that is placed on strategy, to see if it is an element that you like or not! 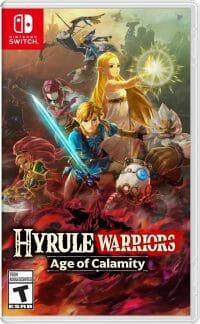