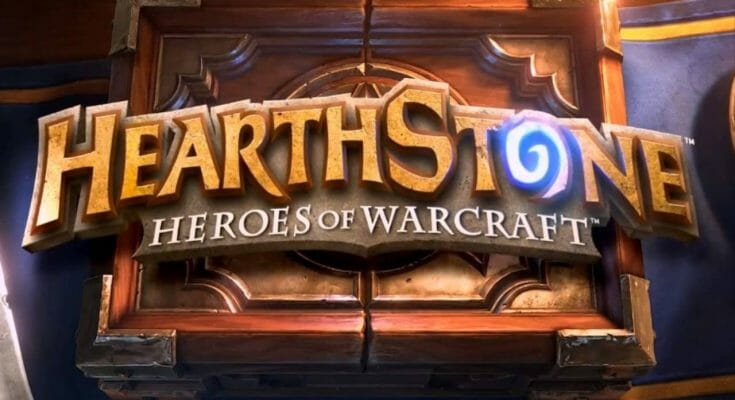 Come and sit down, comrade, it’s cold outside! Check out Blizzard Entertainment’s now venerable virtual card game, Hearthstone, a free-to-play game packed with content. Approachable without being simplistic, Hearthstone is available on PC, Mac as well as on iOS and Android mobile devices.

Hearthstone is simple to learn, but can become more competitive (and therefore challenging) if the player wishes. Almost all of the game takes place in matches against another player, but player-versus-computer modes are also available.

Simulated, but abstract combat in the world fantasy universe of World of Warcraft. Some cards in the game depict violent images, like blood. Some images depict women in revealing outfits.

Hearthstone’s message, without necessarily being negative, is not positive either.

It is possible to purchase additional content, such as cards to use in the game, different characters and special animations. The player is constantly asked to buy these cosmetic items with money.

In a card game, in-app purchases are more important: although it is possible to buy everything in the game with resources acquired by playing normally, sometimes the time required is very long. Also, the decks of cards are random, so that a player can get several without getting what he really needs. The purchasable content in the game therefore puts pressure on the player to encourage him to avoid grind and simply buy what he needs with real money.

The controls are simple and intuitive. In the end, the only command of the game is to click and drag with the mouse or finger, which allows you to select and play cards, make characters attack and so on.

Hearthstone is a virtual card game, much like Magic: The Gathering, Pokémon or Yu-gi-oh! on computer: players collect cards and create decks. Each deck uses a hero, which allows the player to use certain unique cards and a special skill. While playing the game, the player unlocks more and more cards and gets decks of cards that he can open to add cards to his collection.

In a game, the objective, often, is to lower the opponent’s life to 0. To achieve this goal, the player can drop creatures on the playing field or cast spells. Creatures have points of attack and life, which can change during battles.

Despite the fact that the game is mainly played online against other players, both beginners and more experienced players can play single-player modes.

For beginner players, it is possible to face the AI in 1v1 matches, in order to learn the game without pressure.

Adventures are mini-stories that the player can undertake in order to obtain special cards and rewards. New adventures are launched by Blizzard relatively often (at least once a year). These adventures must be purchased for a good amount of in-game currency or with real money.

The main content of the game, the standard mode are the typical 1v1 matches of the game. The player chooses a deck,class and game format (competitive, standard) and is placed against an opponent. Two players compete against each other and must reduce the other to 0 life points, with a starting total of 30.

Another online mode, each player assembles a deck by making semi-random choices and tries to win as many games as possible to win a larger reward. After three defeats, the player and his deck are eliminated from the arena. The reward obtained depends on the number of victories obtained before the defeat of the player and his deck.

Each player has access to a powerful hero (different from those in the standard game) and assembles a deck from a large amount of random cards. Between each victory, the player can upgrade his deck by choosing new cards to add to his deck. As in the arena, after a few defeats, the player is eliminated and collects his rewards.

A Hearthstone mode in the “Auto battler/auto chess” genre (like Teamfight Tactics from Riot Games and Dota Underlords from Valve). The player recruits characters, and as part of a round, these characters automatically fight against another player’s characters. A player’s success depends on their ability to assemble teams with synergy.

Arm wrestling mode is a game mode that changes every week. It’s a fun mode, where the rules of the game are always radically different from the standard game. Sometimes players use pre-built decks, sometimes only certain cards are accessible, sometimes the way to win is different… and so on.

Hearthstone, at the time of writing this test, is already reaching the venerable age of 8 years. It’s this simple and fun game, but it doesn’t lack depth. It was this game that started the madness for virtual card games on computer and mobile phone, and with good reason! As such, Hearthstone is approachable and offers a lot of content to new players. Hearthstone is a more suitable game for children over the age of ten.

However, its monetization system (card packs) should moderate our recommendation. Against more experienced players and with a more complete collection of cards, new players may have difficulty. Players who want to start now will have to climb a mountain of challenges, because they will have to face experienced players, with better cards. For some, it will be a challenge that will prove to be pleasant to overcome.

More information about the game: Official page of the game on the website of Battle.net