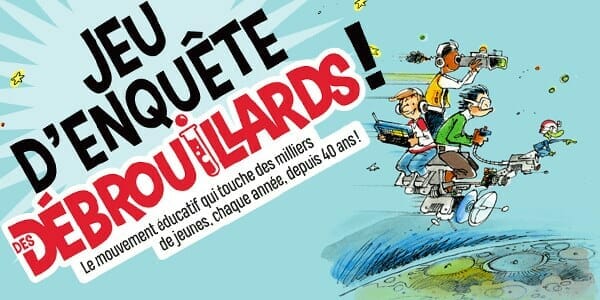 Average duration of a game: 90 minutes

Number of players: 1 to 6 players

The investigation game Les Débrouillards offers its players a team game, for children and parents. Through a playful journey, you will solve different puzzles, which will use all your skills: logic, deduction and observation, to help Van and Beppo collect elements that will plunge you back into the nostalgia of comics Les Débrouillards and will allow you to share childhood memories with your children.

To access this online game, which is completely free, it is enough to have a computer. Once you have your computer in hand, you will need to create an account, using your email. Once connected, the game will offer you from the beginning to appeal to your imagination, creating a name for your team. Then you can challenge all the teams that have already participated, trying to achieve the best time, to try to get the best possible ranking. Since the game is relatively long, you can stop at any time, and pick up where you left off.

How to play it

Even if it is a return to the past, the investigation game Les Débrouillards will offer you to use different tools, old and modern, to help you solve the various puzzles of the game: QR code, links to various sites, web searches, landline phone, etc. In other words, this game will actively make you participate in solving the puzzles by inviting you to deploy all your skills.

Each defining date for the game represents a different level, the journey begins in 1982 and ends in 2020. Each step begins with the reading of a small comic, where players discover the different characters of the Resourceful as well as the problems they encounter at each decisive date. The role of the players will be to help the characters of the Resourceful by solving puzzles. On his screen, the player has access to a notepad, at the bottom left, which allows him to see his evolution in the game. At the bottom right of his screen, the player can click to get up to 3 clues. However, each clue adds an additional 3 minutes to the final score. Finally, once he has solved the riddle, the player will be able to note the answer at the bottom of his screen and click on “validate”.

To conclude this test, we will share with you a negative point that we have observed: during his game, the player may encounter bugs. This is seen in particular in 2014, when he has to remotely guide a car, using the directional keys on the keyboard. The car gets stuck when it has to climb on a small obstacle and suddenly refuses to obey the commands.

Beyond the computer bugs , if the comics Les Débrouillards, animated your childhood, but your children are not as fans as you, they may quickly get bored for lack of reference, in this game, which is intended for readers. However, for all fans of Les Débrouillards comics, this game will allow your children to develop various skills, in a fun way, in addition to offering them a quality moment, in your company. 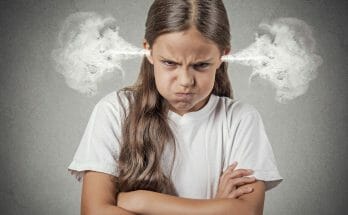 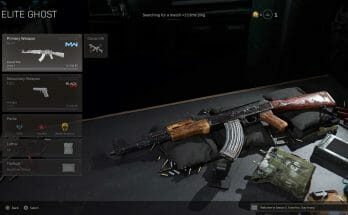 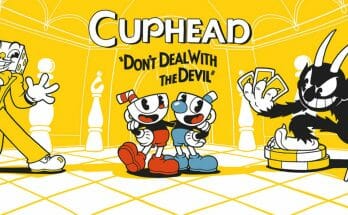