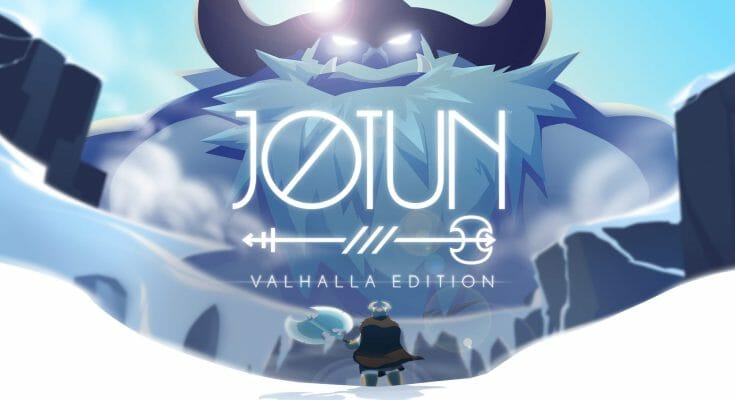 Jotun: Valhalla Edition is an action-exploration game in which players assume the role of a Viking warrior (Thora) who must prove herself to the gods. As players explore the realm of the dead, they must battle a variety of supernatural forces (eg, monsters, hordes of Viking warriors, colossal bosses).

Progressive difficulty as the game progresses.

Characters use axes, hammers, swords, and elemental powers (eg, lightning, flame) to kill enemies. Battles can be frantic at times, with dozens of small Viking figures attacking in waves. In a battle cutscene, a character is seen impaling himself in the torso with a sword.

Some female figures wear high necklines or are depicted with exposed breasts, but without noticeable details (i.e. no nipples).

Very little text, only the options contain it.

Very simple: Move and use weapons.