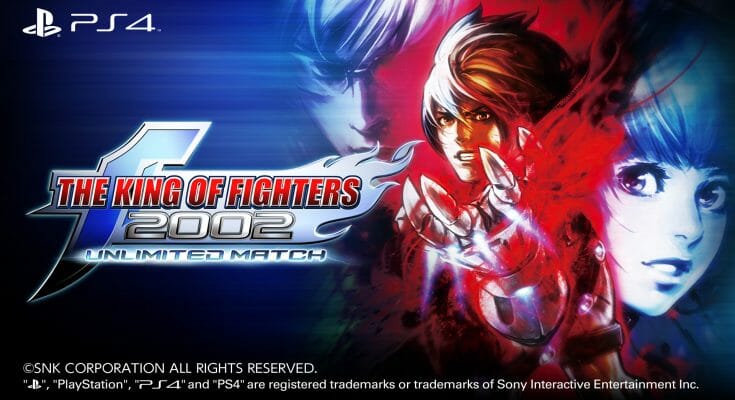 Choose 3 fighters from 66 characters from the King of Fighters game series and battle your opponents in martial arts battles with super powers. King of Fighters 2002 Unlimited Match is the latest iteration of the very good fighting game released more than 18 years ago.

A fighting game with lots of punches and kicks. Special powers of fire, ice, electricity and wind.

The King of Fighters series has been a classic of combat games since 1994. The 2002 episode is one of the best and most appreciated by fans. The current version mainly enhances the online mode and makes it very efficient. This is essential for a demanding game.

This is 1 vs 1 vs 1 in 2d combat with various and varied fighters. These punches and kicks and make a whole bunch of special moves, sometimes with effects of fire, ice, wind, or electricity. 66 characters are selectable and come for the vast majority of previous episodes and other games of the publisher (SNK).

It is also possible to compose teams of 3 characters per player and to take turns to face the fighters.

If the game is playable with the controller, it was first and foremost thought for an arcade controller. As seen in the arcades, a lever and 4 large buttons. It is possible to set up shortcuts of combinations of buttons on the handler’s gachettes.

Endless Mode: Fight the computer and try to survive as long as possible

Classed and unclassified party mode: with 1 or 3 characters.

King of Fighters 2002 Unlimited Match is an excellent game, still updated to current quality standards in terms of network performance.

Unfortunately it is still far too elitist and very difficult to handle for beginners.

Those who are looking to train and improve will be rewarded with manoeuvrability, a selection of fabulous characters and sumptuous graphics.

This episode is much more current and easy to play.