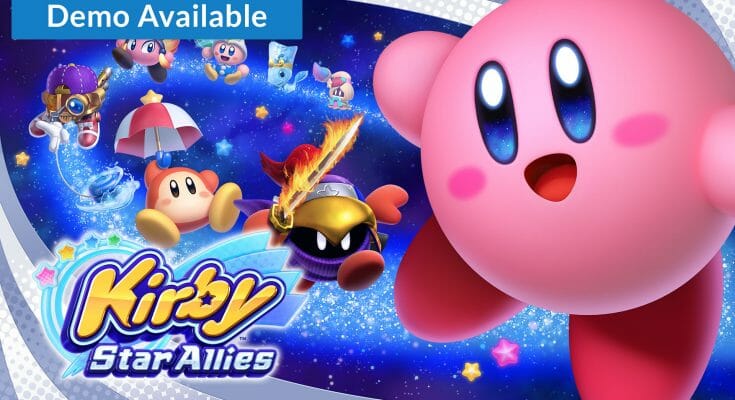 A new threat looms over the planet Popstar. To defeat her, Kirby will need all possible allies! And even these old enemies! In Kirby Star Allies, Kirby transforms his enemies into allies through his power. So these are 3 allies in addition to Kirby, who will be able to embark on this new adventure, for fun up to 4 players!

Once the adventure is complete, it’s not very interesting to collect all the hidden objects in the levels.

No particular difficulty for experienced players. The game is a good introduction for neophytes.

The ESRB recommends the game from 10 years, because players can defeat enemy creatures by absorbing them and rejecting them as projectiles. Players can also use enemies as projectiles, give sword, yoyo, punches, kicks, depending on the enemies absorbed. We don’t think it can stop someone younger from playing.

Very little reading, and dialogues are not important.

Throughout the game, the characters keep showing the power of friendship and mutual aid.

Nintendo added free content to the game for a few months after the release. The first time you start the game, if you are connected to the Internet, you will get everything for free. These are mainly characters and a few additional levels.

Kirby is a pink and round character who has the power to jump and fly through the air at will. It can also absorb enemies that are about its size to either reject them or regain their powers. Kirby is a Nintendo series that has been around for 28 years, since its debut on GameBoy in black and white.

Nintendo continues to dedicate its series to very young children, and neophytes all this time. In Kirby Star Allies, Kirby absorbs the powers of enemies as always, but he can also throw a heart at them to turn them into allies. Up to 3 allies can follow Kirby constantly in different levels. One player controls Kirby, the main character, and the other players control the allies. When there are fewer than 4 players playing, allies are controlled by the game/console. The artificial intelligence of allies is not a problem and executes solutions to puzzles when the main character does the right thing.

Many puzzles and puzzles require having 3 allies with you, and if not, the player controlling Kirby has multiple opportunities to recover or at worst to retrace those steps.

The game is very well calculated and calibrated. It is very nice to browse as well. The only minor problem is the end boss who suddenly changes the way the characters are controlled. Suddenly, players see Kirby in the third person in view above the shoulder and have to shoot stars at the enemy. A disconcerting but very temporary change.

All modes are playable from 1 to 4 players. Most of them unlock once the story mode is completed.

The main mode for browsing history.

A mini-game to change your mind: The objective is to complete a series of action commands to allow the player’s Kirby to return a meteor entering space with a baseball bat. Whichever player can hit the meteor, the farthest distance wins. When pushed back, the meteor will crash through many moons and asteroids, indicating the distance traveled. If the player fails to hit the meteor, he crashes into them, resulting in a distance of zero light-years.

A mini-game: The objective of the game is that each Kirby shoots down as many trees as possible, trying to beat the scores of the other three Kirbys by simultaneously knocking down their own trees. Each time Kirby swings his axe, he removes a segment of the tree, equivalent to 0.25 meters in height. While cutting down the tree, Kirby must quickly tip between the sides of the tree to avoid obstacles that, if not avoided, stun him for a short time.

A mode where you play one of Kirby’s allied characters as the main character and try to go through a selection of levels as quickly as possible.

A mode where we chain the fights against the bosses of the game.

Heroes in Another Dimension:

Everything is available for free and will be downloaded automatically if your Nintendo Switch is connected to the Internet.

Kirby Star Allies is a great game for kids and neophytes. Those who want to discover a new universe will be delighted. It is therefore possible to share this game with your children thanks to the cooperative mode that can be activated during the adventure. It’s really a family game.

On the other hand, those who have always played in the series will be disappointed by the great ease and lack of depth of the title.

Note that a demo is available on the Nintendo eShop to allow you to estimate if you like it. 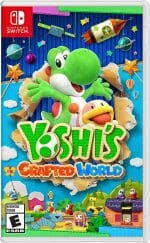