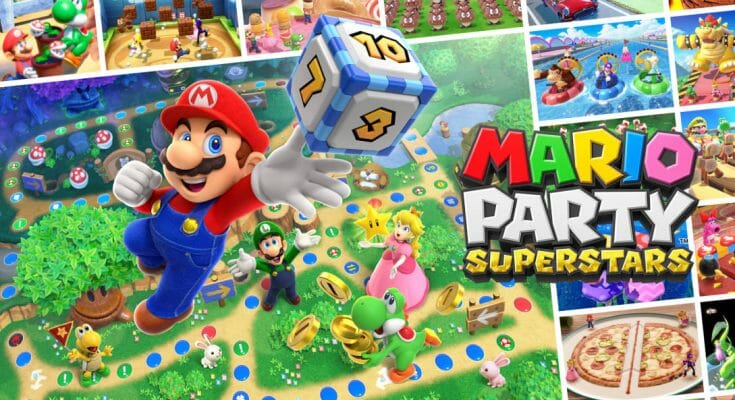 Mario, Luigi, Peach, Donkey Kong, Bowser, Daisy, Yoshi… they’re all back from to party in Mario Party Superstars. From 1 to 4 players can play a virtual board game that will be punctuated by various and varied mini-games.

The game can be played multiple times. There are many challenges to accomplish, and as long as you can play with multiple people at home, the game is fun.

3 difficulty levels. Only the Challenge Road mode is a little harder than the rest.

The theme game, the friendships, the games, the party.

You have to know how to read to understand the rules of the game.

These are mini-games that are explained each time by a tutorial. They are not difficult to understand or execute for anyone and are fun. The rest of the game is made up of menus.

Mario Party Superstars is a virtual board game where players play as a Nintendo character.

The main game mode. This is the traditional board game. Each player chooses a character, and evolves through a board filled with bonuses, malus and events. To move forward, the characters must roll a roll. The games last a minimum of one hour. Ideal for a family board game game. Mini-games are played every time a round ends, allowing players to earn extra bonuses. Mini-games unlock in all other modes, once played here.

You can play unlocked mini-games. at will separately.

Or play a territory-conquering game that is played by winning mini-games.

Or play a “Mariothon” of 5 mini-games against his friends.

In this episode, all offline game modes can be played online too.