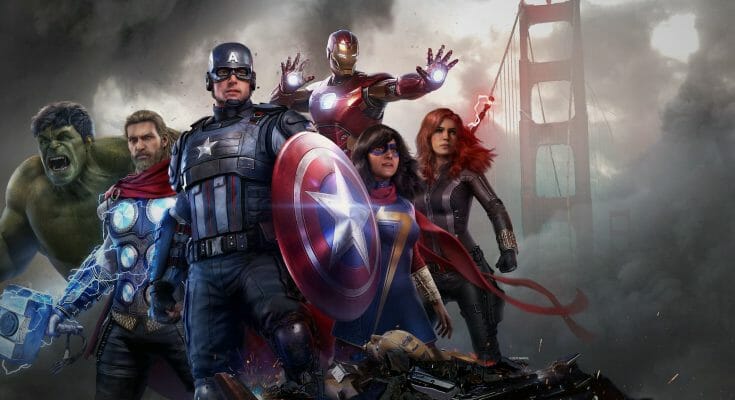 Play as the Avengers in a brand new adventure in third-person sight. Alternate between Miss Marvel, Black Widow, Iron Man, Hulk, Captain America, and Thor to defeat the new enemy that separated them following a catastrophic event. In Marvel’s Avengers, union is strength.

The story mode takes about ten hours to complete. But there is an online multiplayer mode to keep playing.

Several levels of difficulty are available.

Superheroes who help each other to save the world. Ethnic diversity among the characters

It is possible to download extensions called to extend the adventure. They are free for now and it is optional.

You have to manage 3D movements, so use the 2 sticks of the controller in particular. One to get around, one for the camera.

Browse the adventure alternating between characters depending on the situation. Everything is guided and linear. Each character has of course these unique abilities, and they will be explained to you as you go.

Just a mode in which we go through history.

A mode in which you perform missions with friends or strangers online. This earns random rewards that improve the abilities of heroes and unlock costumes.

Critics criticize him for the fact that the story is not very interesting to follow and that the multiplayer mode is too based on the repetition of the same actions. You have to constantly fight and fight against the same enemies in the same environments in order to eventually unlock the desired bonuses. A title not to be recommended.