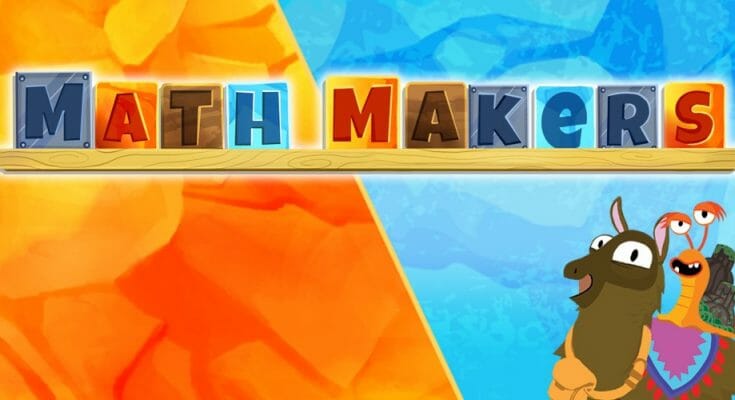 Math Makers is a game that offers to discover and learn math differently. Created by Ululab, the Quebec studio behind slice fractions games in particular, they return with a new application including the content of their previous games, as well as original content.

The player is very well guided in his progression. I think that anyone can manage to complete all the tables.

There is no text at all. The only texts are in the category titles. Everything is shown by icons, drawings, animations. And I think that is remarkable. It is very well executed.

The game works by subscription. Developers plan and promise to add content constantly. Here are the prices:

Yes, developers deserve compensation for their great work and for their future work. It’s about you estimating whether the fact that your child is having fun learning math is worth the asking price.

This price also allows developers not to embed advertisements, and this is very important. We do not want children, or adults for that matter, to be constantly exposed to advertisements during their playing time.

There are no purchases inside the game either. This avoids the involuntary expenses incurred by the child while playing.

Try the game during the free 7-day period, and it is very likely that you will be converted.

No reflex necessary. Just logic in the order in which to execute the actions.

Math Makers offers for now (at its launch) 4 categories (the number is subject to increase):

After choosing the section you want, you are introduced to animal characters with a cartoon look. Through a small animated story, the player goes through several tables and progresses gradually in mathematics.

Each “table” is contained on an entire screen, and contains a puzzle/puzzle. It is most of the time to choose in what order you can fall elements to unlock the passage to the llama or elephant that you play. To bring down the elements, you have to click on bubbles or snails for example.

Do not worry, everything is very well shown and explained. Mathematics is not shown in a classical way, it is represented in puzzles. For example, you have access to 30 blocks of ice, and you have 10 blocks of fire/lava that block the path to the character. The player must then drop only 10 blocks of ice on the blocks of fire to eliminate them to unlock the path. If the player drops more blocks than necessary, the character is now blocked by the ice blocks.

In case of an error, there is a constantly accessible button that allows you to instantly retry the puzzle. If the character is blocked even after the player’s actions, he is just sad. And the game prompts the player to press the Retry button.

At no time is the player penalized, there are no limited lives, no limited time, the player can try as many times as he wants and understand at his own pace. A very good point.

The game is very well realized and executed. We see the experience of the developers in the game. We constantly want to move on to the next puzzle. We are rewarded with costumes for the characters who accompany us.

So it’s not math like in school books, but math totally integrated into the gaming experience. There is no sign of addition, subtraction, …. everything is done through logic.

We can quibble by saying that some puzzles sometimes arrange the physics a little to make the solution work. In some of them, the blocks of fire and ice will magically collide while in others, this is not the solution that the developers have planned, so they will remain separated while physically close. But frankly it doesn’t spoil the fun in any way.

When it comes to the Fractions section of the game (taken from slice fractions games), it’s not always easy to cut out small blocks on the screen, or to directly understand how the developers wanted the puzzle to be solved. But by dint of iterating, we soak up the logic and we manage to overcome the obstacles.

Math Makers is a great tool/game/app so that everyone can enjoy math, regardless of age. The level of mathematics does not matter, the game guides each of the players in a very intelligent way.

Math Makers has received many awards and nominations, and this is not for nothing. It is truly a must-have game in our opinion, and we recommend it to all without problems.

More information about the game: Game page on the official website