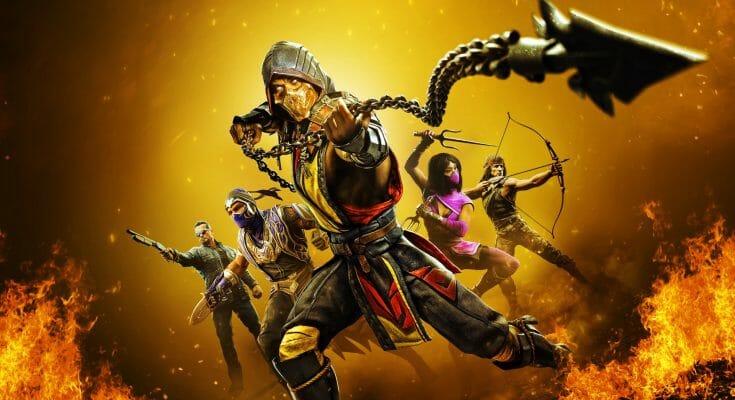 Keep your children away from Mortal Kombat 11! It is the most violent combat video game in the world. Mortal Kombat 11 Ultimate is the latest iteration of this episode and features all the characters, levels and content that were added after the original release.

Some attacks are represented by slow-motion X-ray views of the bones of the characters breaking. Each character can perform various knockouts (fatalities, brutality) after an opponent is defeated; these exaggerated movements can lead to the dismemberment, beheading and mutilation of the characters.

Instances of intense violence include the face and skull of a torn figure; a torn figure in two leaving the bowels exposed; a character cut to pieces by a hat blade; the spine and head of a character torn from his body. The words ‘f’k’, ‘sh’t’ and ‘a’shole’ appear in the dialogue.

Just fighting. The selection of characters is very varied. Fighters have all shapes and colors. But given the level of violence of this game it’s hard to find a positive message.

You don’t have to play Mortal Kombat 1-10 to enjoy this game.

The Mortal Kombat series has been a classic of combat games since 1992. Episode 11 is one of the best and most appreciated by fans. The current version mostly enhances the online mode and adds all the content that appeared months ago. You don’t have to have played in previous episodes to enjoy this one

This is 1 vs 1 vs 1 in 2d combat with various and varied fighters. They punch and kick, use knives and fire, and do a whole bunch of special moves, sometimes with effects of fire, ice, wind, or electricity.

If this game and the whole series are extremely violent, it is completely exaggerated violence that the developers are trying to make ridiculous, stupid. This may appeal to some teens and adults. Nevertheless, some people even among the developers have been traumatized by working on dismemberments, beheadings and other horrors(Source with an article by Kotaku in English).

Fatalities are the specialty of the series: it is when an opponent wins a match, a moment when he can execute a special manipulation, and this will trigger a specific animation, where his opponent will be cut, dismembered, humiliated as an end. It is at this particular moment that the game becomes very graphic, that one can see eyes coming out of the skull of the opponent, etc.

And it’s a shame because the graphics are beautiful, the fighting game is very good and very well calculated, and the online mode is very efficient.

The game constantly encourages the player to repeat many times the same actions to unlock costumes, bonuses, virtual money. You will have points to execute fatalities and to see them repeated many times. You’ll have to spend a lot of hours if you want to unlock all the solo content.

The game also encourages the installation of the Mortal Kombat 11 Mobile app, available on cell phones.

And finally the game encourages you to sign up for a newsletter to get the news of the game in your inbox.

All these incentives should not be present in the game, and demonstrates a willingness of the publisher to want to recover more and more data and information about these players.

All game modes are played with 1 player except the versus mode.

Towers of Time: Many challenges that constantly change depending on the time of day.

Krypt:A game mode where you move around a 3D world and unlock bonuses and treasures, based on the virtual money you’ve accumulated in other game modes. Beware, there may be Jump Scare in this mode, i.e. moments that startle.

Local:Play against a human or computer-driven opponent.

Tournament:Play against a human opponent with the rules of a tournament.

Online:Playing against a human opponent online on the Internet

AI Battle:Personalize your computer-driven fighters and send them to fight against other players’ fighters.

It is possible to play partly with ranking or without ranking. Play part private, or in rooms to host and chat with several opponents/players.

Note that Playstation players can play with Xbox players and vice versa.

Players from other platforms (Switch, PC, Stadia…) can only play with players from the same online platform.

Despite its extreme violence, Mortal Kombat 11 is an excellent game, which continues to sell by the millions with each iteration. The Ultimate version makes the game even better, with even more content, and players can use many characters from the franchise, just like Spawn, Terminator, Rambo, or Robocop from the movies.