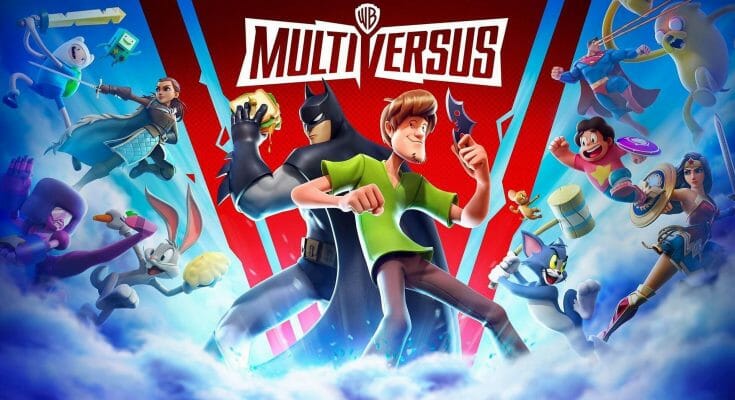 Multiversus is a platform fighting game featuring characters from Warner Bros. movies, comics, cartoons. The game is playable from 1 to 4 players simultaneously, and focuses on jousts between 2 players against 2 other players.

It is possible to play with all the characters locally, however to play online, very few of them are available. You either have to buy them separately or play many hours to unlock them.

The game is constantly updated and many characters and costumes are added and made available for purchase.

Business model: Free to download and try.
Then you have to buy the characters, costumes, and other bonuses separately. Free-to-play.

Languages available: French and English in particular
Number of players:
1 to 4 players locally or online

Encourages competition between players. It is also possible to play cooperatively and as a team against an opposing team.

Additional characters are available for purchase separately on the digital stores of consoles or computers. The game pushes a lot to buy by frustrating players or asking them to repeat unnecessary actions many times to earn points.

Has a virtual currency (Gleamium) in the game in order to confuse users about the amount they have spent. Naturally, it does not correspond to the equivalent in dollars.

Training, tutorial, and fights of 1 to 4 players. Nothing more for now.

As the game is free, there is no need for a subscription to play online on console. However, you must use a WB (Warner Bros.) account to play the game. This allows you to keep your progress between the different consoles and computer.

Possibility to play in all-on-all mode with 4 players, in 1 vs 1, or in 2 vs 2. The game is clearly optimized and planned for 2 vs 2 in order to differentiate itself from the others.

The game is crossplay! Playstation players can play with Xbox and PC players, and vice versa! This is rare enough to point this out.

The game is free to play and download but has an aggressive monetization naturally in order to compensate for the costs incurred by the development of the game.

It is very pleasant to play, very well done and can entertain you for many hours if you linger a little.

However, it will be necessary to agree with the child, on the characters he has the right to obtain or not.