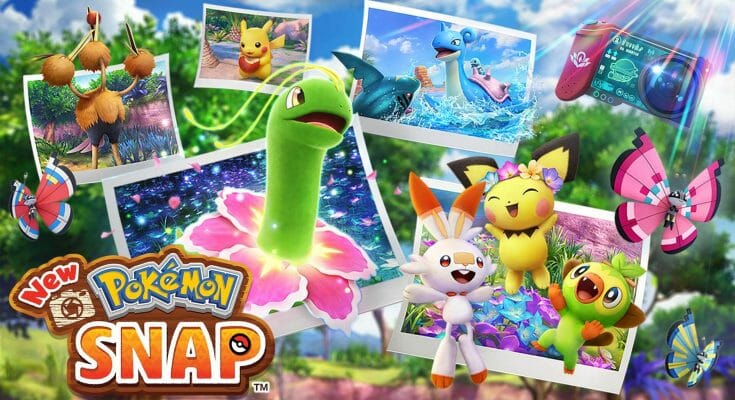 New Pokémon Snap is no ordinary Pokémon role-playing game. This off-series episode invites you to explore many environments automatically in your Neo-One vehicle and observe how Pokémon-style flora and fauna evolve there. Your goal will be to take the best pictures of pocket monsters, sometimes triggering reactions from them using your objects and fruits.

Encourages to be exploring and observing the world around you.

You don’t have to have played other Pokémon games to enjoy this game.

It’s about exploring many environments automatically, taking pictures of the Pokémon that live there. There are no trips to be made. Just aim with his camera and take the pictures, or use the objects in handy, while the vehicle always moves through a predefined path. Many quests exist in the game and will require you to take multiple photos of each creature in various situations. For each photo, you will get a certain number of points and stars depending on the quality of it.

Sometimes some quests will unfortunately require you to take photos you’ve taken before. The game uses many pretexts to make you return multiple times in the same levels, and these exist in several variants like day and night.

It is possible to customize the photos you take with stickers or photographic adjustments and then share them online. It is possible that some malicious users share photos with bizarre shapes, or toxic shapes by putting stickers in certain positions. However, this is unlikely to happen because Nintendo’s moderation service is generally very effective.