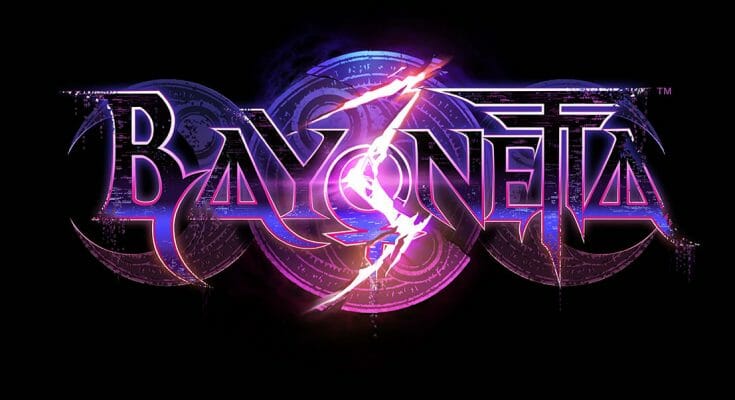 Bayonetta is back in action with her 4 pistols and demonic invocations. In this new installment, she will fight armies of Homunculus: mysterious-looking monsters who try to defeat our heroine for obscure reasons. You’ll fight volleys of enemies in action-packed battles.

The game requires the use of combos in order to defeat enemies. There is an “Easy”, “Medium”, and “Difficult” mode. The difficulty of Bayonetta games is well balanced, the enemies gradually become more and more difficult.

There is very graphic violence and blood. The female characters are all dressed in very revealed and tight outfits. Bayonetta is stripped naked during some of the game’s sequences, however, without being able to see her genitals. Bayonetta uses pistols as his main weapon.

Although it is a game published by Nintendo, it is not recommended for children at all.

There is a game mode called “Naive Angel Mode” (or Naïve Angel Mode) that hides nudity for the duration of the game.

Many violent words, threats and provocations of combat. Many sexual innuendos. Many English swear words such as “f*ck”, “sh*t”, “b*tch”, etc. appear in the dialogues.

All female characters are sexualized: unveiled and tight outfits. Bayonetta uses fighting techniques that involve her being naked or using poses with sexual connotations.

The game doesn’t require much reading. A few lines of text are to be read during the tutorial. All dialogues important to the story are spoken (in English or Japanese).

None announced so far.

Multiple combinations of buttons to use to perform complex combat actions. The 3D camera can be complex to handle for people who are not used to navigating a 3D environment.

It is possible to use a game mode that requires the use of a single button. With this mode, someone inexperienced in Beat’em up games can easily complete the game, but the game is not recommended to neophytes in the world of video games.

⚠️Careful! Bayonetta 3 is a game for adults! It is not recommended for children! ⚠️

Bayonetta fights against monsters and bosses of all sizes. She goes through one level after another in order to advance the story. Each level is made up of creatures that Bayonetta must defeat in order to progress through the level.

The history of Bayonetta’s world is very complex, however, in terms of controls, the game is very similar to the other installments in the series (see section below).

The first Bayonetta game is available on:

Bayonetta 2 is only available on Nintendo Switch : digital and physical format.

In terms of controls, story, and violence, the games in the Bayonetta series are very similar. So if you intend to buy the other installments in the series, you can rely on the test here to guide your thinking.

More information about the game: official page of the game on nintendo’s website