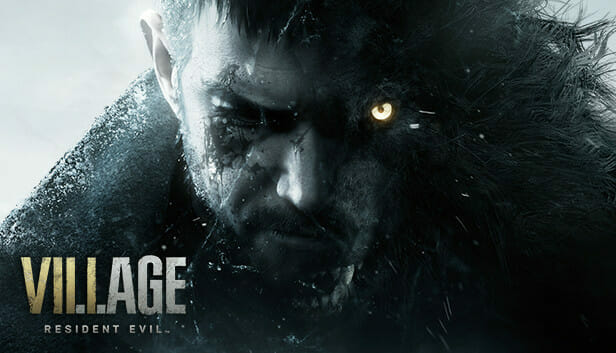 Taking place three years after the events of the seventh Resident Evil, a protagonist of the series makes his comeback. You play as Ethan Winters. He was living his life carefree with his wife and baby when she was murdered by Chris Redfield and his men. In Resident Evil Village, you are kidnapped you and your daughter and taken to a mysterious snowy village in Eastern Europe. There you will have to unravel the mystery of the monsters and lycamthropes of this village.

This game can be quite difficult for young neophyte players. It’s pretty graphic too, which can be difficult for players unaccustomed to horror. On the other hand, it is good for intermediate players aged 16 and over.

There are various difficulty modes for players in this game. So you can play for the story or play with the intense moments of survival.

There’s blood and gore. There is also extreme violence. Resident Evil games are also known for this. There is the use of close combat weapons and firearms in this game. There are also scenes of beheading or dismemberment of bodies. There are scenes with bloodshed or scenes in the game where the characters are subjected to torture or dismemberment in different forms. Not recommended for sensitive hearts.

There is a very coarse language used.

For fans of the series, Resident Evil Village brings a breath of fresh air. It brings a glimmer of hope that the series had not experienced since the release of the last titles.

Capcom has not yet mentioned any extensions for this game.

Requires time to learn and train. Requires some reflexes for beginners in the style of horror.

This new installment in the Resident Evil Village series takes place in an Eastern European village overrun by monsters. As a hero of the series, Ethan Winters, you will have to fight the different creatures that come to you. You will have to face Mother Miranda, who is trying to bring Ethan’s daughter Rosemary back to life. She left the various parts of your daughter’s body to the various monsters. It’s your mission to find them before you’re attacked.

It’s a horror and survival game. The game requires a lot of perseverance and a certain tolerance for violence. The horror in this game can be quite intense at times. It takes good reflexes and a little patience. The story is done quite quickly.

Story mode can’t be beaten in cooperative mode, but there’s a mode where you can fight with your friends. Although the online world is still in beta, Capcom has announced that there may be modes in a match where you can face your friends online.

Although this game has had the popularity that is granted to him by the same and fans of the series, it remains that it has had a lot of good reviews. It brings a breath of fresh air to the Resident Evil series and is highly regarded in the community.

More information about the game: Official page of the game on the Capcom website