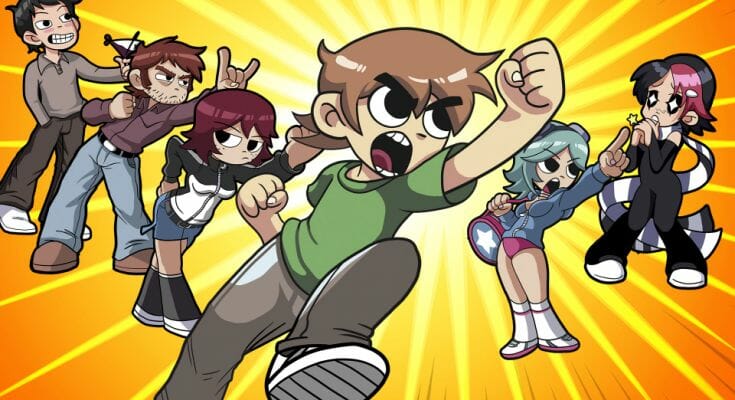 Choose your favorite character and battle hordes and hordes of enemies in multiple levels based on Canada. Scott Pilgrim vs. the World: The Game -Complete Edition offers to browse the history of the comic strips/comics Scott Pilgrim and to face the 7 ex-evils of Ramona in order to get away with it.

Several difficulty modes are available and there is something to satisfy the most hardcore players as well. The game is very frustrating even in the easiest mode, and constantly tries to trap players. It is not well designed.

Choose your character from the favorite comic strip and advance through the levels by hitting all enemies to progress. As simple as that. You can use certain objects in the set, carry out attacks in cooperation with your team. Your character progresses as the adventure progresses, he gets new moves and you can buy him equipment and upgrades in the few stores of the game.

In this “Complete Edition”, two additional characters are playable in addition to the initial 4. However, one of them, requires connecting to the UbiSoft Connect service on your console or computer as well as having a free account for that platform in order to unlock it. This is a way UbiSoft can increase its user base and retrieve statistics about your use of the game.

Main Story Mode: Follow the progress of the heroes in their quests to defeat Ramona’s exes.
From 1 to 4 players.

Boss Rush Mode: Take on all the bosses in the game in a row, without having to go through the levels.
From 1 to 4 players.

Survival Horror Mode: Battle hordes of zombies on one screen and try to survive as long as possible.
From 1 to 4 players.

Opportunity to play story mode online with friends and strangers.

Although Scott Pilgrim vs. the World: The Game – Complete Edition has many qualities for him, such as beautiful graphics and many references to the world of video games, it is still a very frustrating game. Collisions between attacks are not pleasant. Enemies constantly act when you are most vulnerable, or stay off the screen, they are very frustrating. The game is calculated to be browsed by 4 players who have characters with maximum experience. Apart from that, it’s very laborious to go through the levels and everything is done to trap players constantly.

A game not very pleasant to play, unless you go after each obstacle and enemy in order to finally get over it.

Which is much better.