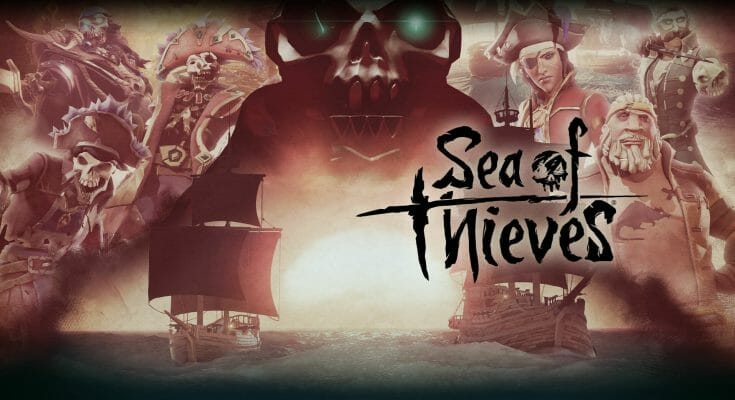 After being awakened by the ghost of the piracy lord, you embark on the crazy adventure of pirates on the seas of “Sea of Thieves”. Will you be up to the task of taming storms and overcoming traps to earn the title of Pirate Legend?

The initial grip is quite complex because the game is vast in terms of options and requires attention on several levels simultaneously (navigation, vigilance to attacks, attack strategies depending on the attacker, food, quests…).

There are a lot of monsters like krakens or megalodons, but mostly skeletons. There is no blood in the game, but monsters can scare a young audience.

Your character doesn’t speak. The only people who talk to you are either the enemy chief or the people in the taverns.

You have to pay special attention to the formation of your crew because it is above all a team game.

The battle pass, the dances, some animal skinset are paid but not necessary for better gameplay.

It takes good reflexes, a collective spirit and a good execution of movement.

You’re on a boat:

and you will sail freely on the seas of Sea of thieves: the feeling of being on a boat baloté by the rolling of the sea is extremely realistic with a beautiful quality of graphics and colors changing depending on the weather and the region.

You will have to complete quests, you will encounter sea monsters, skeletons or even other players will be there to steal the treasure you have earned fiercely.

Not applicable apart from the tutorial game mode.

You will appear on an outpost (port in a village), you will board your boat and throughout your journey you will:

to accumulate wealth and thus increase your reputation,

From a certain point threshold, you will reach the Level of Pirates Legend that will inspire respect in other opponents.

If you want to play PVP (players vs. players), then the arena is for you.

You can make the arena either in sloop or galleon with your own crew or people you don’t know.

You have to stay in a defined area in order to stay on the Arena map.

The goal is to accumulate the most points by collecting chests that appear on the map, then reselling them or sinking the other ships.

Be careful, if you sink, you may reappear but you will lose 1000 points.

At the end of the game you will win gold coins depending on your ranking.

SOT (Sea Of Thieves) doesn’t have the success it deserves, even though it’s an exceptional game, both in its graphics and in its game principle and storyline.

It is a game that can be suitable for teenagers, adults and also in a family setting: the little ones could be in support of the older ones.

Certainly the mastery of the game is complex.

But once this step is taken, the diversity of game modes allows you to enjoy long hours of navigation, discoveries, battles…

It was only after six months at the height of 3 hours a day that I had the desire to sail to other horizons (for my case, it was Apex;-) ).