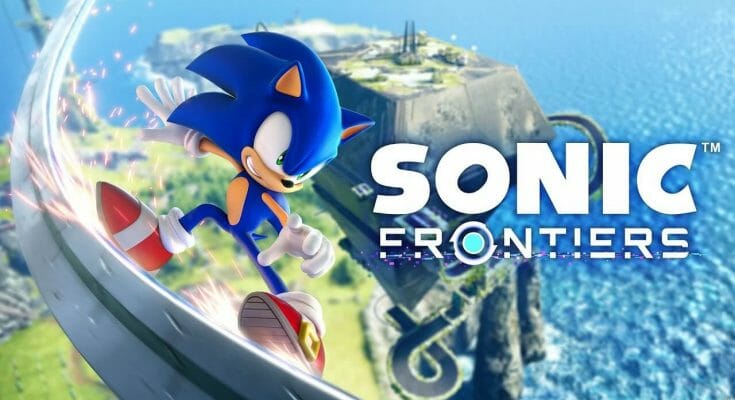 Sonic Frontiers is the first game in the Sonic series that takes place in an open world. Sonic explores the Starfall Islands in order to find the Chaos Emeralds. Each of the five islands is full of puzzles to solve, platforms to climb, and secrets to find. Race at full speed, fight robots and solve the mystery of the Starfall Islands.

Anthropomorphic animals that confront enemy robots. Some enemies have a scary appearance.

The game has a progressive difficulty and some passages particularly difficult especially towards the end. However, there are new mechanics compared to the usual Sonic games that complicate the game a bit.

There are three levels of difficulty: easy, normal, difficult. The player can change the difficulty level at any time during the game.

The game requires using all buttons on the controller. You need good coordination and good reflexes. Requires handling a camera in a fast-moving 3D environment. Having to orient the camera with the right stick constantly can confuse people who are not used to 3D games.

Few texts to read. The dialogues important to the story are dubbed.

The game emphasizes the values of friendship and mutual aid.

There is free downloadable content that will be available sometime in 2023. It is possible to purchase the Basic Edition or the Digital Deluxe Edition. More details below.

Your main objective is to save your friends, who have been captured by Sage, the main antagonist. Sage, a robot with the appearance of a little girl, seems to team up with Eggman, Sonic’s worst enemy, to help him carry out his evil plans.

The main quest takes Sonic to explore the 5 Starfall Islands. Each island is an “open zone”, that is, open environments that Sonic explores at will. However, it will be necessary to continue the main story in order to unlock each island one after the other.

Sonic can jump on platforms, roll, get into a ball, attack enemies by rushing at them and especially run at full speed. Sonic can also gain new skills as you progress through the game. The focus on speed, exploration and combat.

Here are the goals Sonic can accomplish on each island:

While exploring the islands, Sonic will find portals that give access to more traditional levels, that is, levels that have a beginning and an end. These levels are similar to those in classic Sonic games. Completing cyberspace allows you to earn keys. These keys allow you to advance the main story.

Includes base game. Same as the physical format.

Bonus items are not worth it, don’t buy this edition, buy the basic edition.

The only game mode is the main story.

About the Nintendo Switch version

The game on Nintendo Switch is the same as on other consoles and PC. However, there are more slowdowns than on other platforms, and the game, aesthetically, is much less beautiful than the others. If the Nintendo Switch is your only console and you want to play Sonic Frontiers, you’ll definitely have fun, but the quality of the game’s graphics is really not as good. If you can, buy the game on a PlayStation, Xbox, or PC.

Finally, a good Sonic game! Indeed, fans of the series have been waiting for a long time for an opus that really pleasant to play. The open areas are an element that gives freshness to the series. Cyberspaces allow you to play at more traditional levels. So we get the best of both worlds: islands to explore at our leisure, as well as levels we are used to. The only thing that is unfortunate is that the game is relatively short. The islands are not very big, you can complete them quickly. When we finish the game, we are a little hungry, but only because it is really fun to play.

Warning: Sonic moves very fast, which causes the game’s camera to move very quickly as well, so watch out for nausea and eye strain if you are sensitive to it.

Sonic Frontiers often references the other games in the series, but you don’t have to have played it to enjoy this game.

More information about the game: official website of the game.