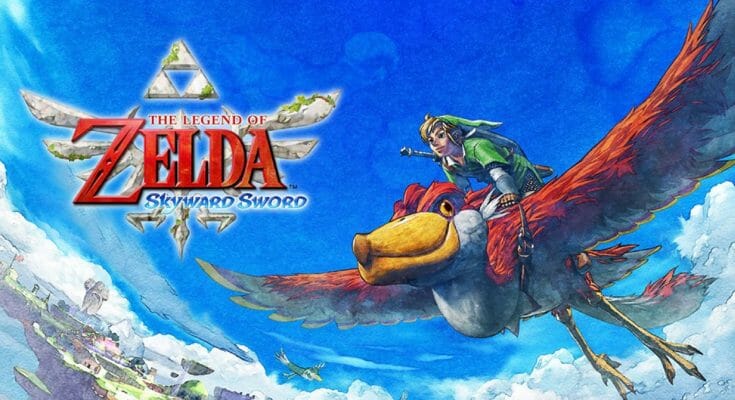 Relive the classic adventure released in 2011 on the Nintendo Wii on the Switch this summer. The Legend of Skyward Sword will bring you back to the skies of Skyloft and you’ll be looking for your childhood friend, Zelda. You play as Link, in a story that takes us back to the origins of the series.

The game plays very well once the main quest is over. You can continue to explore the world once the final boss is beaten.

The game is played well for inexperienced players who have not played the other installments of the series. There is a tutorial that explains very well how the game is played and you have a guide named Fi that can give you clues throughout the game.

There is no violence or blood in this game, because the violence presented is “fantasy” style. That is, instead of having blood, it is shards that are present and the enemies that the character faces are not human. There are quests that can be a little scary, but no violence is presented. It’s a game that is so perfect for teenagers and any age up.

The game focuses on the importance of the friendship between Zelda and Link. It does not force romantic interest between the characters, but installs it as the game progresses. First, he presents a relationship that develops between the two characters and a very great complicity.

Then, the game has a small side having challenges to achieve that stimulate the brain in each level of play. It will allow your child to realize a little more by trying to find the clues that will allow him to move forward. It’s a very nostalgic game, with beautiful values and a classic hero that will make your child want to play the other installments of the series.

There are no additional purchases to make to be able to complete the adventure.

It takes a certain skill in order to understand each function to be done to be able to fight in the game, but the game presents a tutorial to help the player at the beginning of the game.

The game takes place in the origins of the series The Legend of Zelda. You are in the city of Skyloft, with your Loftwing when your friend Zelda gets carried away by a tornado that takes her to the world below. Taking his courage with both hands, Link will visit these hostile lands in order to find Zelda.

Armed with the legendary Excalibur sword, Link will face the enemies who will be waiting for him and will have to show courage to pass through the obstacles that will present themselves to him. Because nothing can stop him in his quest to find his childhood friend.

Just one mode where you go through history. This is not a game that is played with a split screen, but you can guide your child to do some puzzles if the temples he complete prove too difficult for him.

There is no online game mode for this game.

There are no extensions or items you can buy online for this game.

This is a very good game that introduces young children to the classic Nintendo series The Legend of Zelda. It has controls that can be simple for your child to perform while having that nostalgia that older fans will feel. You will be able to guide your child at the same time and be carried away in this universe.