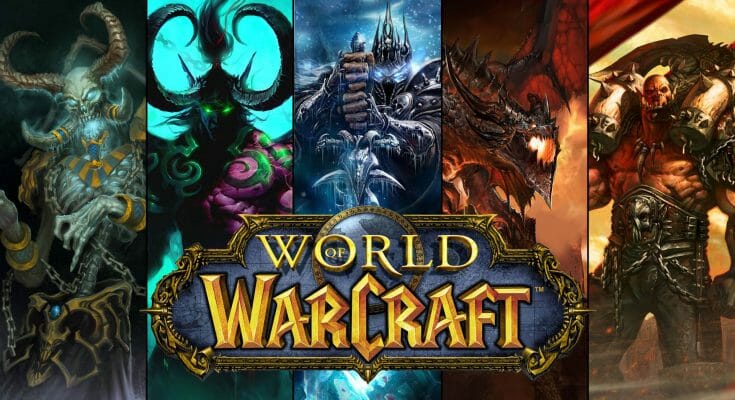 World of Warcraft, since its launch in 2004, has single-on-own created the genre of massively multiplayer role-playing games (MMO). The reason is obvious: World of Warcraft was, and still is, the ultimate MMO. It’s a game that continues to charm us with its complex universe, fascinating stories, and large, active community. Play a character in Azeroth, a fantasy universe where the Horde and the Alliance clash. Choose your race and class and discover this classic game.

Like many massively multiplayer role-playing games, World of Warcraft can be difficult to approach. However, like many MEOs, the mechanics themselves are not that difficult to learn and use.

Simulated but abstract fights in a fantasy universe. The game’s cutscenes depict violent images, like blood, but in relatively small quantities. Some characters are sexualized.

The message of World of Warcraft, without necessarily being negative, is not positive either.

World of Warcraft is a paid MMO, but offers players a free trial. With the free trial, players can play with their character until they reach level 20 and have access to almost all classes in the game.

A World of Warcraft subscription costs $22 CAD per month. The subscription allows you to play the game and the content of all expansions launched since the initial release of the game, except for the last one, Shadowlands.

The controls are relatively simple, but the game requires the player to specialize her character and combine several spells and actions quickly to be effective in combat. As in other MMO, the tactical aspect of the game can become very complex, even if the controls are not so difficult.

World of Warcraft is a massively multiplayer role-playing game. Players create characters by choosing a class and race, then progress through a series of quests and activities in a constantly online environment. Through their adventures, players gain new skills and discover equipment to improve their statistics.

In addition to the game’s main story quests and side quests, players can participate in several optional activities, such as item making, fishing, hunting, and an array of mini-games.

Depending on your choice of faction (Horde or Alliance), you can discover a long and complete main story. WoW’s quest progression allows you to discover the different parts of the world of Azeroth. During the player’s progression to the maximum level (60), the player can participate in dungeons, cooperative missions with other players, among other organized activities.

World of Warcraft also offers player-versus-player content and mini-games. Among the mini-games, we find the “pet battles” a mini-game that allows the player to collect animals that can fight each other, a bit like Pokémon.

Like many massively multiplayer role-playing games, World of Warcraft offers a variety of ways to play the game when players reach the maximum level. There is raiding,very difficult missions where up to 40 players (yes, really!) must work together to complete the mission and defeat the final boss. This way of playing often leads players to discover guilds, communities of players who work together to frequently organize raids.

The Shadowlands expansion is the paid expansion of World of Warcraft. Players must pay to access the content added in this downloadable content. This content includes a large amount of new spaces in the dimension where mortal souls go after death. The basic version of the expansion costs $54.99 USD.

In 2019, Blizzard Entertainment launched “WoW Classic,” a new way to play that’s particularly appealing to nostalgic people. WoW Classic is World of Warcraft as it was when it was released in 2004, without the expansions and all the new content that has been added by the team over the years.

World of Warcraft, when played in classic, becomes another game completely: almost all the usual activities are no longer there, which gives a more important place to the social aspect of the game.

World of Warcraft continues to be one of the best MMO available right now. The venerable platform is packed with content to discover and still has a huge active and dynamic community. For anyone who wants to try an MMO, it’s hard to go wrong with World of Warcraft, the game that founded the genre and launched a phenomenon that is far from fading.