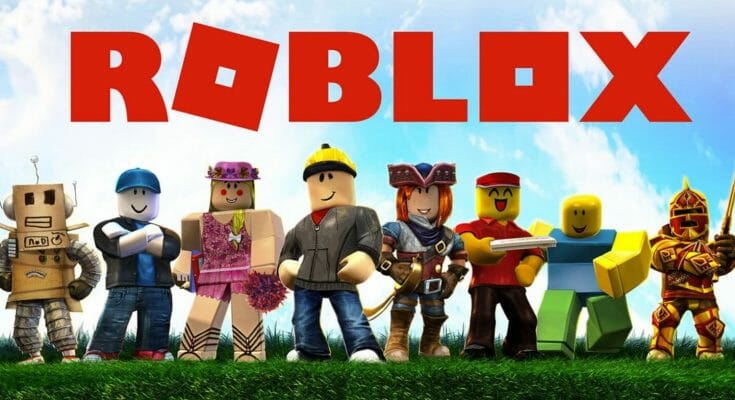 Roblox is a game that brings together about 200 million players per month. This creative platform encourages its players to create games and ends up exploiting miners as developers. A look back at a video published by the YouTube channel People Make Games, which points the finger at an industry that “ would be illegal if it wasn’t online.”

Roblox: a market that pays off

Roblox is an easy-to-access game. Anyone can download it, use its free tools and hosting, in order to create and monetize video games. While Steam has 55,000 games, Roblox hosts more than 20 million experiences. The company describes these experiences as games, as they can’t confess to selling games in an online content distribution platform.

In terms of earnings, Roblox Corp. is now one of the most lucrative companies. Indeed, when Roblox went public, it was valued at $41 billion. This value is between those of Nintendo and Electronic Arts.

From players to developers

When the YouTube channel People Make Games denounces the actions of the company Roblox. Roblox’s Vice President of Marketing, Tami Bhaumik, is highlighted. The latter states that “from the beginning, it was a question of encouraging children to develop games for other children”. These children are not amateurs, they work to increase the value of one of the largest video game companies in history. Yet these developers, who are between 9 and 15 years old, create all these experiences but earn a very low income on everything they create.

How does Roblox turn its players into workers?

Roblox is a game that offers free tools and hosting service. The hosting service allows them to place the content they create in the game server. However, Roblox does not pay people who use these tools creatively. Players are minors who are motivated by the idea of becoming entrepreneurs. This is due to the fact that it is impossible to play Roblox without enriching other users. The main tabs of the game allow you to discover games, buy other players’ creations and create things yourself.

On Roblox’s YouTube, the first video featured successful game developers. Both the game’s tutorials and its support website assume that you need help with monetization.

Emil, an 11-year-old player, testifies, “I’ve seen other great games, other developers make money in a way that seemed easy.” Yet, the majority of creations do not bring any dollar to their creators on Roblox.

Pay to be highlighted

Creating a game on Roblox is easy. It’s when you want other people to play it, to reach the millions of players promised by Roblox that your journey starts to get complicated. When you search for a game on Roblox, the system highlights a few thousand games out of the 20 million that have the most players. There are no tools that allow you to see the latest games or help new designers.

If you are a kid trying to make games on Roblox, you have two choices. The first is to highlight your creation through streams or on YouTube. The second is to pay Roblox to advertise it. However, to buy anything on Roblox, you need to convert real money into the company’s virtual currency, the Robux. By paying for advertising, developers hope to attract players. In other words, the game promises its developers to offer them an opportunity to make money. However, once their creation is complete, the game demands money from its creators to highlight their creations.

Remember that on Roblox, it is 20 million creations made by children aged 15 and under. These children are being asked for money to be promoted. YouTube video maker People Make Games spoke to one of Roblox’s professional developers who told him that players shouldn’t expect to make money on the platform .

Another professional roblox developer said, “Sometimes I think creating Roblox games is like trying to create a viral TikTok or a viral meme. It’s quite tricky. There’s only one big market to aim for in Roblox right now, and that’s kids. If you don’t properly reach that demographic, you fail.”

If you create a game that is successful, thousands of players play your game. Roblox takes 30% commission on every sale you make on the game. You receive the rest in Robux, the virtual currency that you can only spend in Roblox. If you want to withdraw this money and turn it into real currency, the minimum required is Robux 100,000. This amount is the equivalent of $1,000. However, if you earn $900 selling items you’ve created, your salary will be $0. In addition, you cannot withdraw money from Roblox. To do this, you must pay a premium monthly subscription of $5. Even if all these conditions are met, players who manage to raise 100,000 Robux, can only withdraw $ 350.

Roblox only highlights games that have millions of users, which enriches only a small fraction of developers. However, it suits Roblox that a small portion of the developers make all the money, as they can keep updating their games or creating new ones.

One of the successful developers on Roblox decided to share his experience, anonymously. He advises developers to “not work too much, not to spend whole days developing their games, especially if they are young. It also encourages developers to lower their requirements.”

The problem with Roblox is that the game gets enriched on hours of work done by miners, who are ultimately disappointed. It’s millions of young minds who use their imagination to invent Roblox’s next big hit, but gain nothing in return.

For more details, you can watch the video in English of People Make Games, by clicking here.

Review: Roblox explained to parents
The Dangers of Roblox: Setting Up Parental Controls