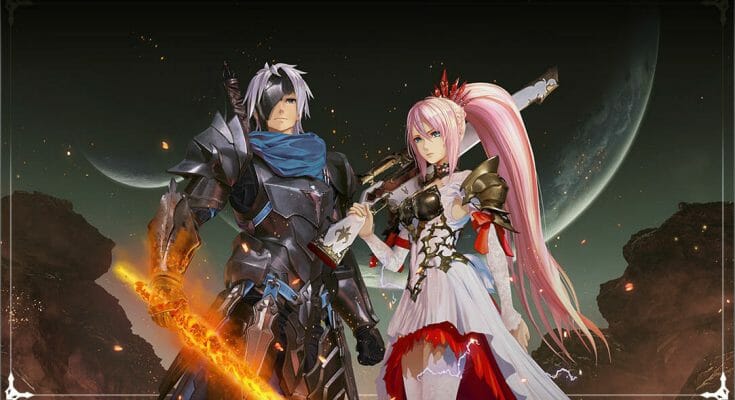 Tales of Arise is an epic adventure in which you play as Alphen, who tries to free his planet, Dahna, from slavery. Tyrants from the planet Rena rule Dahna by holding its population as slaves. Alphen will have to bond with allies who will help him accomplish his mission: to free Dahna.

The game is very long, so some may be discouraged at the thought of redoing the entire game once it’s finished. A bonus system allows those who decide to start their game again to give benefits like galds (game money), levels, items, etc.

The game is very difficult. Characters often die. The game requires a lot of grinding (fighting against enemies over and over again in order to increase the level of the characters). It is necessary to master all the many mechanics and controls of the game in order to perform well. The game has an “easy”, “normal” and “difficult” mode.

The heart of the game is in the fights. You have to defeat monsters or characters by attacking them with weapons and casting spells (fire, electricity, projectiles, etc.). There is no blood in the fighting, but there is blood in some cutscenes. There are characters who wear costumes that show a lot of skin.

The dialogues refer to alcohol consumption, violence and death. Metaphors and euphemisms are used to address the topic of sexual relations. Swearing is used a few times.

The game conveys a message of freedom and revolution in the face of tyrants. Some conflicts between the characters are settled in pacifist ways, but most are settled with fighting. A message of cooperation and friendship is also conveyed, but more subtly.

The game contains a lot of dialogue and texts. You must have several years of experience in reading. Most of the mechanics of the game are explained by quite complex texts. Possibility to put the subtitles and the texts of the menus in French. The dialogues are spoken in English and Japanese, as desired.

Premium Item Pack – $12.99: to have a faster and easier game progression.

It is also possible to buy levels and galds (game money).

To perform the tasks well in the game, you need to have experience with a controller, because all the buttons will be used. A controller is recommended to play the game on PC. It will be necessary to perform complex sequences of buttons in order to succeed in attacks. The “easy” mode can be a solution to make it easier to learn the controls.

The player controls a team consisting of 6 characters. The main character, Alphen, wants to free his planet, Dahna, from tyrants from the neighboring planet. For this, he joins Shionne, who has the necessary powers to liberate the world, but also 4 other characters who will all support the quest.

The game is a JRPG (Japanese role-playing game). The fights are done in real time. You have to find equipment to improve defense, attack, spells, etc. You have to defeat enemies in order to increase the level of the characters, thus allowing to fight powerful enemies.

This game is a fairly typical JRPG: its story is quite complex, it requires several tens of hours to complete it. Understanding the story itself is a challenge, since the characters all have their aspirations, challenges, personalities, etc.

The heart of the game is in the fights. The player discovers the world section by section. He must fight himself in order to advance the story and to increase his level. The player can complete several optional mini quests, but which give rewards that are always convenient.

There is only one game mode: the main story.

Versions of the game

There are several versions of the game that are available in stores or online.

The game is the same on all systems. There is no difference between the different versions.

This edition could be a good choice for those looking to expand their collection of video game-related items.

The following two versions offer benefits that speed up the progression of the game by giving experience bonuses to the characters as well as galds (game money).

This edition is identical to the Digital Deluxe Edition with only one difference: it offers more costumes.

A demo of the game is available on all platforms for free.

Tales of Arise was a highly anticipated opus by fans of the series, since they had found the latest installments disappointing. Indeed, this game includes everything fans wanted: a long and complex story, epic fights and impressive visuals. This game will appeal to those who have experience with JRPGs. However, we do not recommend this game as a first experience with video games: the game mechanics and controls are very complex.

Tales of Arise is a real treasure for JRPG fans. The difficulty of the game can be experienced as an obstacle for neophytes, but also as a challenge for veterans.

Final Fantasy VII Remake is the remake of the cult game Final Fantasy VII that was on the first PlayStation console. This game is a JRPG that offers a story and fights just as epic as Tales of Arise. It is aimed at JRPG veterans.