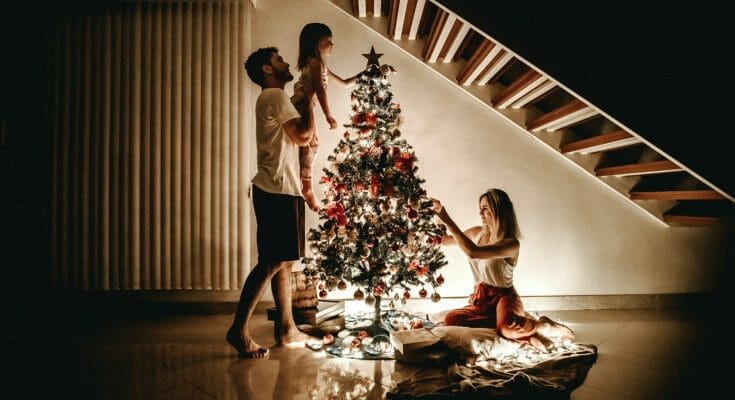 Here is the file of the end of the year holidays of Shared Screen! We will group on this page all our articles that can help you choose the best gift for your entourage. This page will be updated each time a new article on this subject comes out.

So start buying the gift paper and follow the guide! 🙂

Which console to choose?

To see our selection of games directly, go to Game Tests. Click Features on the right side of your computer screen. Select Editor’s Choice from the list. And then on the big red “Search” button at the bottom of the search list.

Play on TV or anywhere with Nintendo Switch, alone or with your family

The Nintendo Switch is a hybrid console. It can be taken with you or be plugged into the TV via a dock.

It exists in 3 models:

Nintendo Switch: the normal, ordinary model that can be played in handheld mode or on TV

Nintendo Switch OLED: the normal model but improved, with especially a better screen (OLED so), which can be played in portable mode or on the TV like the ordinary model. More details about this model here.

What is Nintendo Switch OLED?

Which Mario game to choose? All mario games on Nintendo Switch explained!

Our game sheets for Nintendo Switch

The Playstation 5 and its Japanese exclusives

The Playstation 5 is Sony’s current console.

The Playstation 5 can play games on Playstation 4 or 5 discs when you have the Blu-Ray disc player on your console.

What is PlayStation 5? Console models, games

Our game sheets for the Playstation 5

The Xbox Series and its American exclusives

Our game sheets for Xbox Series

Consoles are as popular as ever, but the past few years have seen personal computers rise in popularity. Using a computer, after all, brings its share of advantages: access to virtual reality systems (like the Oculus Rift, valve Index and so on), more power, more customization… For gamers on a budget, powerful computers can even play their favorite games with more detailed graphics (better graphics, textures, shadows, and resolution) than on console!

Playing on a PC or Mac is an interesting option for both novice and passionate gamers, but the platform that offers this freedom of choice is also… a little difficult to understand. There are so many ways to start playing, it’s to get lost.

Playing on a computer: what parents need to know

The puzzle of game launchers on PC or Mac computers

Our game sheets to play on PC computer

Items for games and apps available on multiple consoles and computers

Which Sonic game to choose? All Sonic games on consoles explained!

What is Google Stadia?

(Photo by Jonathan Borba on Unsplash)