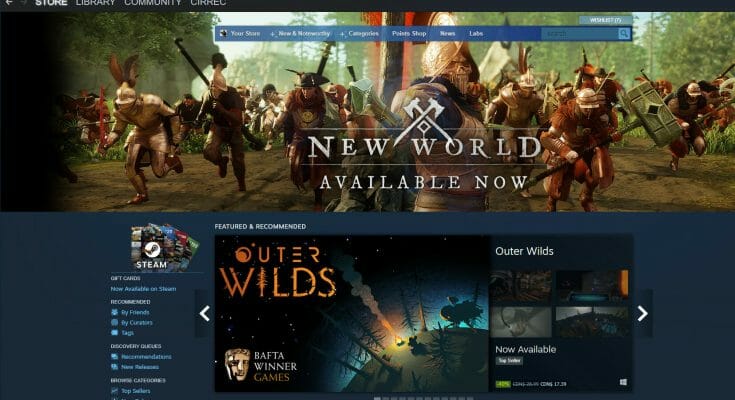 If you or your child play games like Fortnite, Valorant or League of Legends on a computer, you have undoubtedly noticed that in addition to your games, other software has been installed on your computer. The Steam platform, the Epic Games Launcher, the Riot Launcher and much more have become indispensable software for computer gamers. What should parents know about launchers?

What is a game launcher?

A launcher (better known online by their English name ” launchers “) is a software that is used to buy, download, install and launch games on your computer. Not so long ago, the games we bought came with their own installer. The industry has since adopted a model in which almost all games are associated with launchers and must be installed through this launcher.

This is not entirely negative, by the way. Large-scale launchers like Steam and the Epic Games Launcher are also shop windows. It is now possible to get new games in just a few clicks!

“Standard” launchers are those launchers that allow you to play a large amount of games, without consideration for the companies that produce them. These launchers are more digital video game stores: there are hundreds (if not thousands) of video games and buyable software. Discounts are frequent and these launchers sometimes even offer games for free to users. Of this type of launcher, Steam is undoubtedly the most popular.

Many of the popular games of the moment require you to download a launcher to play them. This is particularly the case with Battle.Net, which you need to install to play games like Overwatch, Hearthstone or Warzone or the riot Games launcher to play games like Valorant and League of Legends. This is also the case for some Ubisoft games, which will make you install a special launcher, Ubisoft Connect.

Most of the time, these launchers have no other function than to open the game. Most have chat features and allow you to add friends.

The term “DRM” is very popular online and is often used to criticize different launchers. A “DRM”, or digital rights management tool, aims to control the use of a digital product. Most of the time, this takes the form of a continuous verification of the legality of the video game a user is using, which requires a constant online connection.

On launchers like Steam and Epic Games Launcher, tools are in place for the software to make sure you’ve purchased the game you’re using. However, if you don’t have a constant internet connection, the launcher may prevent you from playing. These tools are problematic for those of us who have a slow or unstable internet connection.

The launchers you will come across while playing

Steam has been the most popular launcher since its launch. Originally a platform for Valve games, Steam has since become the largest digital store for video games on PC. If you want to play a game on your computer, almost all the time, you’ll find it on Steam.

Steam has had the most time to develop features for users, including community and modding tools, that no other platform can offer.

The unique launcher for Blizzard-Activision games, the platform is needed to play games like Overwatch, Hearthstone, World of Warcraft and new games in the Call of Duty series (including Warzone).

As such, the platform offers very few features, but is not difficult to use.

The unique launcher for Riot Games games, (League of Legends, Legends of Runeterra, Valorant), the Riot Launcher is also a very simple software to use. However, internet users should be advised that Valorant’s anti-cheat software, Vanguard, is highly intrusive and can access the contents of your computer to check whether or not you are using cheat software. This can sometimes cause problems for some users. For those who prefer to avoid this kind of protection, it would be recommended to avoid installing Valorant.

The launcher of the Polish group CD Projekt Red, (the developers of Cyberpunk 2077), GoG Galaxy has a special place in game launchers, since it aims to be the only launcher with an integrated DRM-free store. This means that when you purchase a game on the platform, the game does not constantly check the validity of your license.

GOG Galaxy doesn’t offer most new video games. However, their library allows you to buy and download a large amount of retro games that would otherwise not be available. These games have been adapted for modern computers. In fact, some computer games from the 1990s and early 2000s are sometimes only available on Windows 10 thanks to GOG Galaxy.