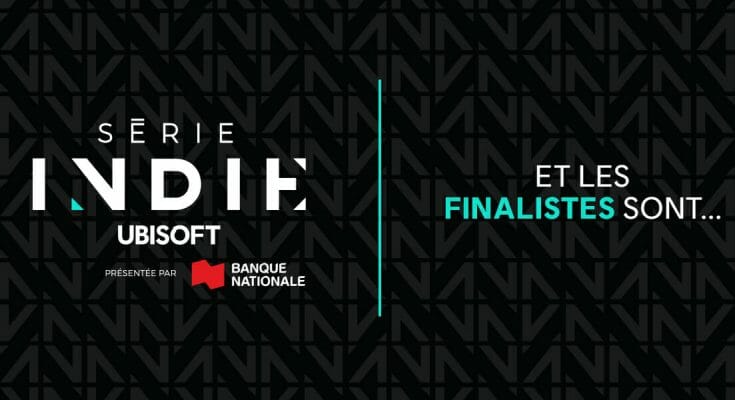 The video game studio Ubisoft arrived in Montreal in 1997 and contributed enormously to the development of the video game industry in Quebec. Ubisoft Montreal has worked on the Assassin’s Creed and Rainbow Six Siege game series.

The Guilde du Jeu Vidéo du Québec is a cooperative of more than 240 video game studios in Quebec (and Shared Screen!).

The Ubisoft Indie Series is a contest created by the ubisoft video game studio, and presented by National Bank. This competition aims to encourage entrepreneurship and creativity in the video game industry. The Guilde du Jeu Vidéo du Québec is working jointly with Ubisoft on this initiative.

For the Ubisoft Indie Series in 2022, 30 candidates from Quebec submitted their game to a jury of experts.

After deliberation 9 finalists were determined according to the following criteria: gameplay, design, marketing and financial plan. Criteria of games and companies.

The 9 finalists will have to present their projects to a jury of experts from Ubisoft, National Bank and industry. The two winning studios will be elected and rewarded on May 5, 2022 at the annual gala.

The studios will also win many services and assistance from Ubisoft and National Bank to lead their business to success.

In addition to the 9 finalists, the winner of the Catapult competition is added to the list of finalists of the Ubisoft Indie Series. Here are the studios in the running:

It will be presented by Carl-Edwin Michel, notably at the origin of the Canadian Game Awards .