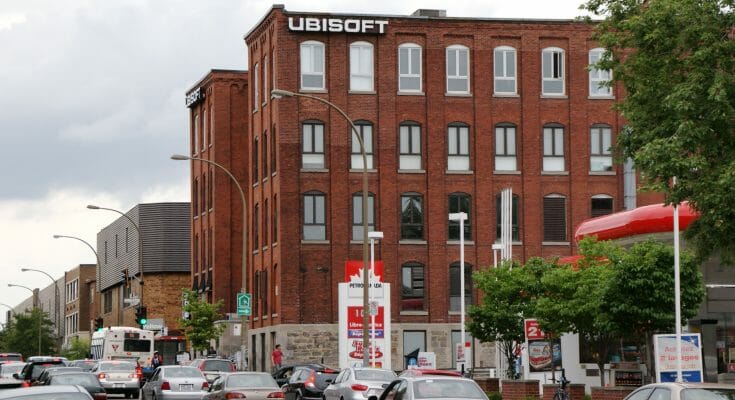 One day, Ubisoft invited us to visit their studio. My interlocutor, Marie Roman, wanted to show us the playtests. However, I know this, I have participated in several of them in many Montreal studios.

It’s about coming to Ubisoft when you’re invited to participate, after registering on their site,to test one of the games at the end of development and give your opinion to the staff who oversee the session, right?

First of all the playtests for a specific game take place throughout the production of it.

It takes new players all the time to give their opinion on the game. In the Montreal studio, several games are simultaneously in production. This involves playtests dedicated to each of them, throughout the year. A team of 70 employees is therefore fully dedicated to it.

Seven test rooms dedicated to studies are very often used for the many playtests. Away from the chemistry lab with these white blouses and vials, this is a room with a dozen play stations for participants. There is also a tinless window, where employees with the development team can observe participants’ reactions discreetly without making them uncomfortable.

Everything is designed to make the participants as comfortable as possible, and feel at home. We want to observe their natural reactions at every moment in their game. When they are cornered by an enemy who is too tough, they are asked how they feel at that moment: their frustrations, what they would do if they were at home.

Several forms of data are recovered such as telemetry data, questionnaires, screenshots, in addition to participant observations.

Note, for those who are worried about their privacy, the data filmed is not nominative and is not kept after the needs of the playtest. Either way, nothing comes out of Ubisoft.

Playtest sessions can vary enormously in duration: from half a day to several weeks (with decent schedules and breaks of course).

It all depends on the needs of the development team at that time.

Participants are not only observed, all their feedback is taken into account in the development of the game. As time goes by, the difficulty will be adjusted, the shocking scenes removed, the graphical interface will be more readable for players…

It’s a real impact that players have on the development of the game. Indeed, many studies have resulted in significant changes in the improvement of the firm’s games.

Each year Ubisoft receives more than 700 participants who are invited throughout the year.

So all player profiles are necessary: casual, regular, hardcore, young, not so young, woman, man, everyone… It’s also useful to have people testing a game that isn’t necessarily the usual type of game.

For example, getting me to try a Ghost Recon while I love the Rayman and Beyond Good and Evil lets you see if the changes made to the franchise will appeal to new players.

The Montreal-based studio has the largest research centre among the various Ubisoft studios in the world.

In exchange for your time and feedback, Ubisoft obviously rewards you.

If you are interested in testing games and being rewarded, I strongly encourage you to register on their playtest registration page.

Thanks to Marie Roman of Ubisoft for the invitation and the visit.