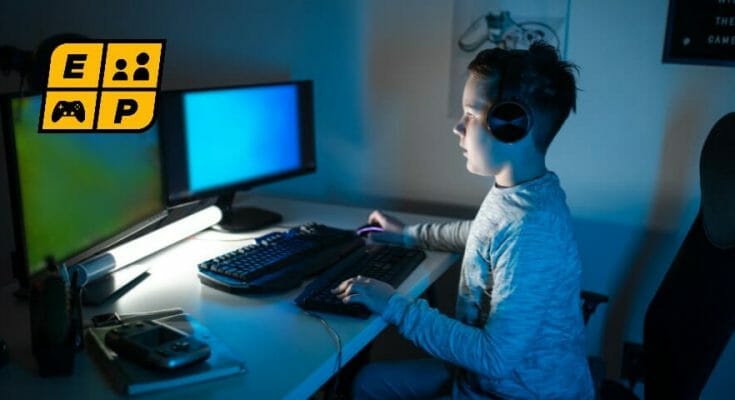 In the first part of this article, which I invite youto first consult on the link here present…We have demystified the concept of addiction, as well as the evolution of the diagnostic criteria for Gambling Disorder.

Now that we have a better understanding of the what and why, let us try to better understand the how. Thus, how a Gambling Disorder develops and above all, how to properly identify it in order to intervene quickly and to seek the necessary resources.

What behaviours should be checked in our young people?

Although a small proportion of the general population suffers from Gambling Disorder, it is possible to have symptoms present that cause problems with functioning. Video game players and their families should then be mindful of the time spent on the game, especially when players exclude other daily activities, as well as any changes in their physical or psychological health and social functioning that could be attributed to their gambling behavior.

1) The player’s loss of control:

A loss of control and functioning in his daily life, ex: no longer eating, not sleeping …

(2) Loss of interest or abandonment of previous activities:

A loss because of excessive and problematic use of video games. The more an individual loses interest in these previous activities, the more severe the symptoms of gambling disorder severity.

3) Continued excessive use of games despite knowledge and awareness of the damage:

4) Endangering or losing a significant relationship, job or education:

This symptom is not frequently present, but shows a sign of serious behavioral addiction and requires prompt intervention.

What behaviors are not problematic in video games?

3) The fixation on a single set:

Being passionate about a video game does not mean that the person is addicted to video games. Thus, to be considered problematic, harm must be caused by all types of video games, and not a single game (Leouzon, 2018).

Video game addiction: what are the consequences?

Several better studied consequences can be observed in individuals in situations of addiction or pathological gambling. Such as:

– a decrease in impulse control;

– the omission of duties in favour of video games;

These consequences may be present in players suffering from Gambling Disorder, but are not signs of Gambling Disorder. Thus, a young person whose physical health is deteriorating or who has communication difficulties is not necessarily addicted to video games.

How to assess the risk of addiction of our young people?

It is sometimes difficult to become aware of our bad lifestyle habits and our risky behaviours for danger and addiction. So, whether for the well-being of our children or for our own safety, it is important to take the time regularly to observe our play habits.

For an evaluation of behaviors related to the video game:

– The Internet Gaming Disorder Scale–Short-Form (IGDS9-SF) was created by Pontes et al., 2015 is was the first short and standardized psychometric tool to assess Internet gambling disorder (ICD) according to these nine criteria suggested by the American Psychiatric Association in the latest edition of the Diagnostic and Statistical Manual of Mental Disorders (DSM-5).

The IGDS9-SF consists of 9 items reflecting the nine criteria for intertnet gambling disorder, as defined in the DSM-5.

It is available free of charge in English or other languages (not yet in French unfortunately) for personal use for self-assessment on the official website: https://www.halleypontes.com/igds9sf

– The online questionnaire to assess player behaviours and impacts on mental health: https://do-i-play-too-much-videogames.com/survey/wznn9s7zcy7r/8yr8wul6lop4

– Problem Video Game Playing (PVP) is a self-questionnaire to measure the problems associated with video games. This questionnaire, composed of 9 items, integrates the following dimensions: concern, tolerance, loss of control, pursuit, lack, flight, lies, illegal acts, family and/or school disruptions. It is composed of 9 items sided on a dichotomous scale: 1 “yes”, 2 “no”.

For an assessment of Internet-related behaviours in general:

– The InternetAddiction Test (IAT) is a self-questionnaire that estimates the extent to which the Internet affects different aspects of a person’s daily life. According to some authors, the IAT is the questionnaire most often used to diagnose problematic Internet use or internet addiction. The IAT consists of 20 items rated on a 6-point Likert scale, ranging from 1 “rarely” to 5 “always” with 0 “not applicable”.

It can be observed that the criteria for having the clinical-medical diagnosis of Gambling Disorder are still mixed. Nevertheless, some behaviours have been identified as really problematic. It is then important to pay attention to these behaviors in your child-adolescents or yourself, in order to avoid the consequences of addiction.

Hoping that this article has helped you to demystify what is video game addiction and how to identify this addiction or risky behaviors in order to intervene well, while keeping in mind that a very small part of the gamer population is really considered “addicted/dependent” to video games.