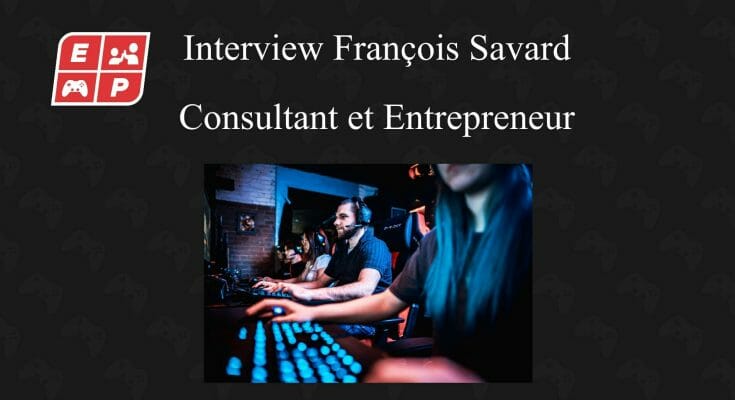 I knew François thanks to the many jobs and knowledge we have in common. We are used to going and finding ourselves in the many video game events of Montreal.

I want to talk to him today because I know he is a parent and he knows the video game industry very well. He has also supported Écran Partagé, from the beginning, and for that, I thank him for it. I think her background can inspire children, teenagers and students who aspire to join the industry.

Marc: Hello François! Could you please tell us what your current profession is?

François: Overall, the terms consultant and entrepreneur would be the most appropriate way to describe my current profession.

François: From memory, the first paid contract I had in the industry was with Glory 4 Gamers, a European tournament platform that evaluated the Quebec market in 2016. That was towards the end of Boreal eSports, a company of which I was one of the main shareholders. As for my first involvement in the community, I created my very first clan in 2002.

François: I completed a Bachelor’s degree in Military and Strategic Studies at the Royal Military College of Canada in 2014. Since the fall of 2020, I have started a master’s degree in communication, video games concentration and gamification, at UQAM.

F: We could talk about it for hours! I would say that the creation of a clan with my little brother in 2011 was the starting point of my current position. This clan, of about thirty people, is rapidly evolving into Boreal Gaming. Boreal Gaming merges with Armata Gaming to create Boreal eSports (2014), one of the first professional organizations in Canada to manage players at all levels, including professional players, to organize events across Quebec, and many more. With the end of Boreal eSports (around 2015-2016), I then co-founded the Fédération québécoise de sports électroniques (2016). Later, I also founded the Virtual Guardians Foundation (2018).

Since everything I have just mentioned has been done on a voluntary basis, and often I have even paid out of my own pocket for several expenses of the various organizations, I have had to find myself a source of income. So I created Leonin.ca to offer various professional services related to video game communities and eSports (consulting, project management, etc.).

M: What does a typical day look like as a multiple-time entrepreneur, CEO, veteran?

F: A typical day is similar to almost all other self-employed workers and other entrepreneurs: it varies from day to day. To be able to do a mastery in addition to the obligations towards my various implications and / or my clients, I have no choice to be disciplined and to structure my schedule according to what must be done in priority.

In addition to the freedom I have, being able to work with all players in a field that I’m passionate about is definitely one of the main elements that I love. Secondly, the fact that my colleagues, in general, are also other enthusiasts happy to work in the field is extremely pleasant.

For the video game industry, which is therefore more focused on the studios that design the games, the job prospects are numerous. Especially in Montreal which is one of the capitals of the industry. For esports, conversely, there is not much money in the business. At the moment, recreation technicians and people hired as coaches in student institutions are the largest pool of people paid in connection with video game competitions.

The second part of theinterview is available here!