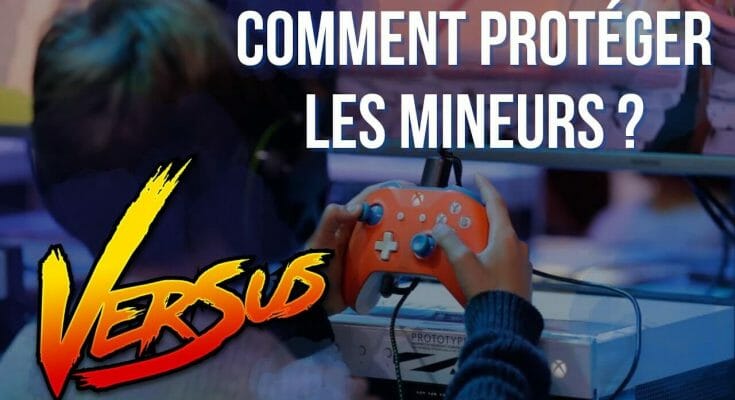 On November 2, 2022, the Twitch channel of “The Stream” aired a program about the protection of minors in the FGC. The replay can be seen on YouTube in the video below.

I then jumped into my chair and contacted Cyril “Kawoshi” Baillif, who was fascinating during his intervention on the subject of the protection of minors.

I just used a lot of words that need to be defined so here they are:

Twitch: company and platform for broadcasting video game streams (but not only) belonging to the Amazon company. We have 3 articles about it: 1 , 2 and 3 .

LeStream “is a French Web TV, created on March 8, 2017 by the company Webedia. It has more than 84 million views.” Wikipedia definition

And during his interview Mr. Baillif uses the following word many times:

Here is the topo:

In this case, the show is dedicated to fighting games and its news.

Many children, so minors, come to play in video game tournaments on favorite games like: Super Smash Bros Ultimate .

The game is suitable from 12 years old, that’s okay if the child matches. The problem is that the tournament environment is not necessarily so.

Here are some of the problems that can happen:

And here’s what we can do:

Mr. Baillif himself is trying to start a structure in France, and is therefore busy, because you have to start everything from scratch.

François Savard and his team at the Virtual Guardians Foundation in Montreal, Canada, is himself very involved in the protection of minors, but especially from the Twitch and Discord platforms. As a veteran of the competitive video game scene, this is an issue close to his heart.

For more information, please see the video below.

Mr. Baillif’s speech in French begins at 30 minutes in the video below.