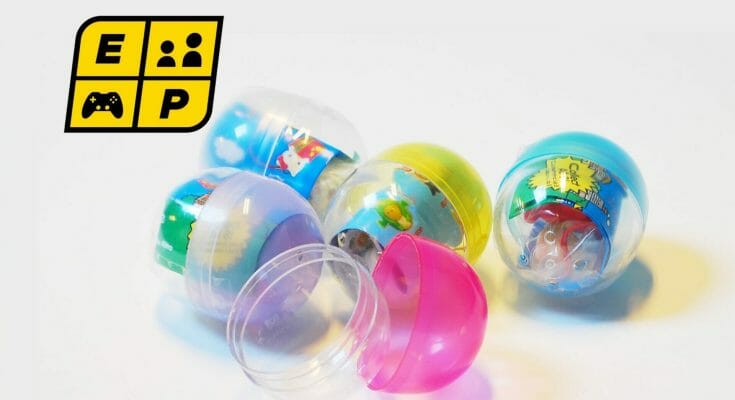 Are you familiar with Raid: Shadow Legends? Between 2018 and 2019, being sponsored by this game had become a joke on the web. Almost all popular YouTubers have been sponsored and have talked about this mobile game in their videos on their channels.

A meme is a repeated joke usually spread as an image on social networks virally.

One word you may not have heard associated with this game, despite this media storm, is the word “gacha.” Still, Raid: Shadow Legends is one of the most popular gacha games in the world, especially in the Western market.

Gacha games, are free games, often on mobile, that ask players to collect characters with complementary skills and roles.

The word “gacha” comes from“gachapon”, a type of Japanese vending machine that distributes collections of toys or figurines. Collecting all the toys in a collection is part of the fun. On the other hand, it is impossible to know which toy from the collection you will get when you put money into the machine: the process is entirely random.

Gacha games have adapted the idea to the world of video games. As in gachapon, players collect characters with random mechanics like lootboxes. In a gacha game, on the other hand, we collect the characters because they play different roles in the game: having a variety of characters allows us to overcome the challenges in the game.

Among the most popular games of the genre are Genshin: Impact, AFKArena, Arknights, Azur Lane, and much more.

How’s it playing out?

The player often has to complete dungeons or defeat monsters. These challenges become more and more complicated and difficult as progress is made. To continue to progress at a good pace in the game, the player must constantly improve the characters in his collection: he must find them better equipment, increase their levels, and recruit new characters.

The moment when it gets complicated

At the beginning of a new game, gacha games are often very generous to reward players. At first, there are so many rewards that we don’t know what to do with them!

After some playing time, however, the progression through the game slows down. The attacks of the player’s characters are no longer enough to beat the enemies and the player lacks the resources to improve his characters. The player often has to return to previous battles to accumulate resources to become powerful enough to continue the game.

Get a chance to win!

Players, as well, are led to wanting to spend money in this type of free games. The game slows down so much that the solution for many, will be to spend money. An insidious aspect of this principle is that the whole thing is akin to the principles of games of luck.

Most gacha games use the principle of “summon”, i.e. “summoning” new characters. Summons are games of chance that allow you to randomly obtain a large amount of items as well as characters that players need to continue playing.

The characters accessible by invoking are all more powerful than the free characters. However, the chances of getting these best characters are often ridiculously small. Invocations in gacha games are lootboxes under another name. These are often camouflaged games of chance. It’s easy to lose the thread, because next time could be “the right one!”

The example of Genshin: Impact

Pour donner un exemple, nous avons calculé l’investissement qui peut être nécessaire pour obtenir un des meilleurs personnages dans Genshin : Impact. Invoking, in the game, costs, at least, $ 2.77 Canadian dollars, if we buy a large amount of “Genesis Crystals” at once, which allows us to get a discount on the price! The Genesis Crystals are the paid currency in the game.