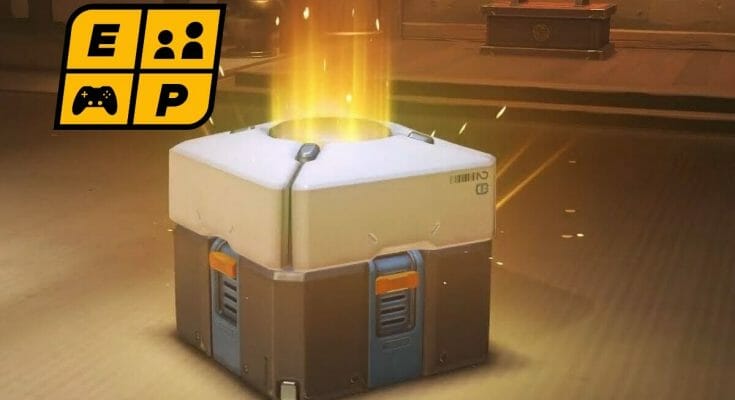 Loot boxes have existed since the early 2000s and were first popularized in games on mobile devices in the 2010s, as in gacha games. The model was later adapted for European and American games.

How do loot boxes work?

Often, loot boxes allow players to earn alternative appearance choices for the characters or weapons in the game.

In a free game like Apex: Legends, for example, all players get “Apex Packs” while playing normally. After a few games, it is possible to open loot boxes and get special appearances for weapons and characters.

If players want an accurate appearance, however, he doesn’t really have any options other than buying multiple boxes and trying his luck.

Among games with them, it is possible to buy more boxes by buying virtual currencies. For Apex: Legends,you have to buy “Apex Coins” and then spend them to buy “Apex Packs”.

As for the game Counter-Strike: Global Offensive, you have to buy keys that allow you to “unlock” chests. And so on.

In some games, loot boxes are used to obtain items that can be used concretely in the game. These items can make players who open many boxes more powerful than others.

For digital card games like Hearthstone or Shadowverse,the best way to get cards is to open “decks of cards”. A certain amount of decks of cards can be obtained by playing the game normally, but to be competitive in the game, you have to be ready to take out your wallet and buy several packs.

Why can loot boxes become problematic?

For example, some loot boxes reward intermittently, giving players items of very high value in an unpredictable way. Others simulate the feeling of having “almost” won a coveted object. Another element to consider is social pressure, which can encourage players to want to try their luck to get better items to “make a place for themselves” in the social space of the game.

These negative effects seem to manifest themselves although players do not make money by opening loot boxes. In fact, the rarity of items means that the player is as satisfied by getting a rare item as if he earned a monetary reward by opening a box.

Some research suggests that loot boxes can encourage problematic behaviors similar to gambling problems. In their 2021 report for the UK’s Gamble Aware Foundation,Dr. James Close and Dr. Joanne Lloyd points to several studies that have found important links between the misuse of loot boxes and the negative effects of gambling addiction.

Whales, i.e. people who spend a lot of money in a free game or with microtransactions, are not always players with a large income: they are sometimes players with problems with games of luck. In the report, it is pointed out that those who spend the most on loot boxes have more symptoms related to gambling addiction.

Loot boxes exist in a nebulous space of legislation, since they are mini-games that work like games of luck, but do not allow you to earn money. In addition, the use of virtual currencies (like VBucks in Fortnite)technically protects loot boxes, since players often can’t directly spend money to open them.

The last few years have seen several politicians and many institutions attempt legislative changes. In Belgium, in particular, loot boxes are considered games of chance and must therefore be removed from the games available to an audience under the age of 18. Several governments are still looking at this issue.

The main publishers of the video game world argue, for their part, that it is an economic model that makes it possible to finance the development of several free games.

Our recommendations for parents

You should not avoid loot boxes at all costs. Almost all players experience no symptoms related to the use of loot boxes and spend responsibly.

If you want to take precautions with your child, here are our recommendations:

In addition, we invite you to check out the list of all the games with loot boxes that we have previously covered: