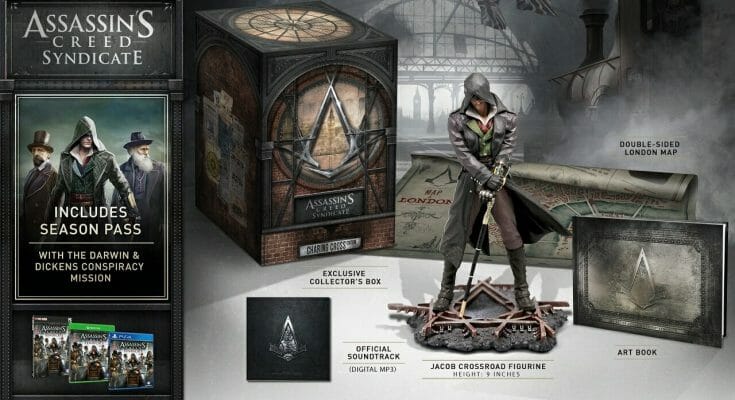 Your child is a big fan of this game that has just been released. He spends his time playing it. He tells you about Collector’s Edition, and you’re wondering: What is Collector’s Edition? Is it worth it? Split Screen answers your questions!

When a new game is released, publishers offer different editions. The most common ones among publishers are: Standard Edition, Gold Edition, Ultimate Edition and Collector’s Edition.

The Standard Edition features the base game. There is no additional content, except sometimes weapons or weapons as a bonus if you buy it on pre-order. If you want to buy the DLC (downloadable content), you will have to do it online afterwards.

The Gold Edition features the base game in addition to the game’s main DLCs. Quite often, the cover will look different from a standard edition as well. It will often be a steelbook type sleeve. DLC are often missions or additional content that will complement the base game. In addition, some can be activated only a few months after the release of the game.

A steelbook is a metal pouch that will have a different look than the plastic pouch. They will be glossy and always feature additional codes with various items for the game. It is perfect for amateur collectors.

The Ultimate Edition features the base game, with DLCs available in the Gold Edition in addition to other additional downloadable content. There are often artbooks and soundtracks.

Artbooks are books of a few pages with the different drawings used to inspire and create the game. For those who are curious about the process behind the creative work, this little book is perfect.

A soundtrack is the music track that will be heard in the game. It is suitable for all music enthusiasts who wish to immerse themselves in the universe elsewhere than in the video game.

The Collector’s Edition features everything the Ultimate Edition has in addition to a minifigure. It is the most expensive version of all versions.

Is it worth it?

It’s only worth it if you’re a big fan. Otherwise, you pay for a plastic figurine that may take the dust if you don’t like your series as much as you used to. The figurine offered, is not a toy. It is often more of a decoration for fans. In addition to paying for downloadable content that is not available when the game is released, you pay for a collectible figurine. It’s perfect for collectors, maybe not for young players.

While you want to encourage your child’s favorite video game business, they may not want to play the game again once they’re done. It may not wait for the release or the downloadable content will be released. You will have spent a certain amount on a plastic object that is beautiful to present, but not really useful. After a few months, these figurines lose their value and can be bought at a lower price in small video game shops.

It is better to make sure that your child really likes this game and understands the value of this product before offering it.

Marc has a very strong opinion about this, if you want to read why you should not buy a collector’s edition, click here.